Toyota Corolla Trek arrives in the UK with £29,225 starting price 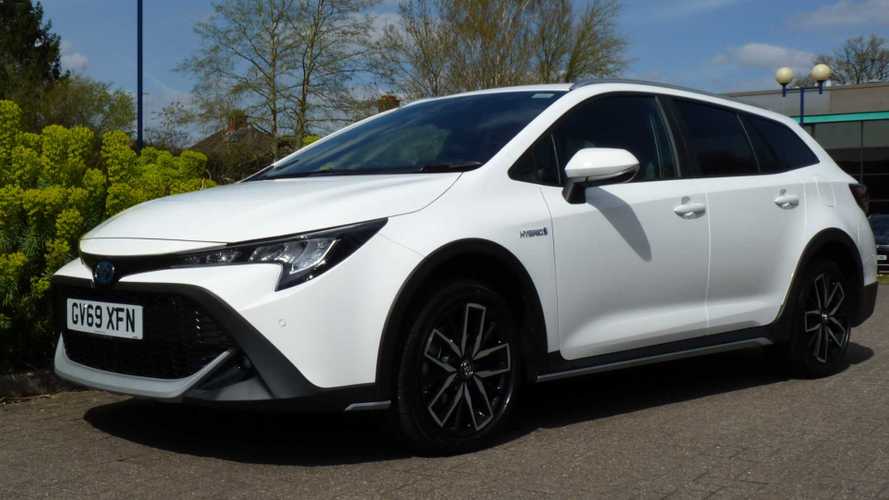 High-riding estate is part of a tie-up with bike maker Trek.

Toyota’s rugged-looking Corolla Trek estate is now on sale with prices starting at just over £29,000. The product of a tie-up with bicycle maker Trek, the car is a high-riding version of the Corolla Touring Sports estate, equipped with an exclusive cabin and tough-looking body cladding.

That cladding is key among the visual differences between the Trek and a standard Corolla Touring Sports, although the 20 mm increase in ride height also makes the Trek stand out. Smaller tweaks include the honeycomb grille, bespoke 17-inch machined alloy wheels and Trek logos on the door steps and tailgate.

More on the Toyota Corolla:

The Trek also gets privacy glass and LED headlights as standard, while there’s bespoke trim on the inside. There, the Trek is set apart by its two-tone textile upholstery, which is coordinated with the wood-finish trim elements on the dashboard.

Also included in the £29,225 starting price is a seven-inch colour digital display in the instrument cluster, as well as an eight-inch central infotainment screen. That is complemented by the Toyota Safety Sense suite of driver assistance and safety systems, as well as a kick-activated ‘hands-free’ tailgate and the Android Auto and Apple CarPlay smartphone connectivity systems.

Customers also get a choice of two engines, both of which use Toyota’s hybrid technology. The entry-level model is the 1.8-litre unit, which provides 120 bhp and emits carbon dioxide at a rate of 113 g/km. That equates to a Vehicle Excise Duty (VED, commonly known as road tax) rate of £165 per year and company car tax of 25 percent.

Alternatively, customers can spend a little more on the 2-litre hybrid, which offers 182 bhp but comes with a £30,950 starting price. That model emits 121 g of carbon dioxide per kilometre, which means VED is the same as the 1.8, at £165 per year, but company car tax is 27 percent.

Although production has been paused during the coronavirus lockdown, manufacturing of the new Trek model will restart at Toyota’s Burnaston plant in Derbyshire. Some cars have already been produced, though, and some of those have been put to work supporting the Trek-Segafredo World Tour teams during their European events this season. Like production, that tour has been suspended due to the coronavirus pandemic, but the Corolla Treks are expected to be back in action, along with the cyclists, when the tour resumes.