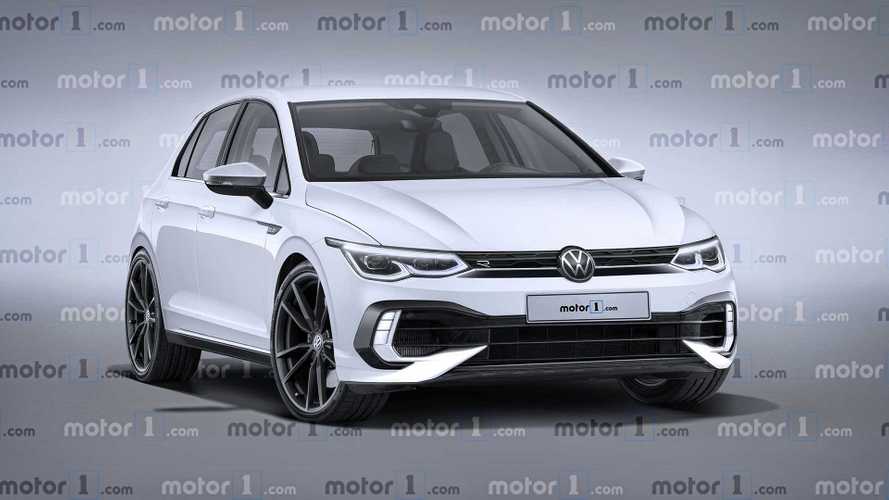 It's said to look significantly different than the regular Golf R.

Volkswagen has been toying around with the idea of a spicy Golf R for several years, having introduced the R400 concept back in 2015. Rumours insist a high-performance version is still on the agenda, but a new report from Australian magazine WhichCar says it’s likely not going to happen until at least 2023.

While the model hasn’t been approved yet, a design sketch has allegedly been shown within the company, proposing significant styling changes over the upcoming regular Golf R.

The biggest mystery surrounding what various outlets are suggesting will be called the Golf R Plus or simply R+ is the engine. Audi apparently said no to sharing its inline-five powertrain, so VW might have to beef up its own four-pot and squeeze as much as 402 bhp (300 kilowatts) as the report claims. That output would represent a major increase compared to the forthcoming standard Golf R, which is set to have nearly 330 bhp (245 kW) based on a screenshot from a leaked internal video.

WhichCar doesn’t rule the possibility of a hybrid Golf R+ by sending the combustion engine’s power to the front wheels and the electric motor’s punch to the rear axle. While that might sound outlandish, VW actually used this recipe in 2017 for the Golf GTI First Decade concept, which offered nearly 410 bhp (305 kW). Aside from the impressive output, that one-off was interesting for another reason – it allowed the hot hatch to be driven in front- or rear-wheel drive depending on whether the ICE or the electric motor was active. It also worked in AWD with the power of the two combined.

While that sounds interesting, making a Golf R hybrid by adding an electric motor and batteries would obviously add weight to the detriment of handling. On the flip side, using the configuration implemented in the 2017 concept would eliminate the need for a differential and driveshaft. The instant torque provided by the electric motor would also be an important benefit, so going down the electrification route would have both advantages and disadvantages.

For a Plus version to make sense it would still have to undercut the Audi RS3 Sportback to avoid the risk of cannibalisation. The rumoured best-case scenario of a 2023 launch might imply the car won’t be unveiled before the Golf Mk8’s mid-cycle facelift, meaning it would be based on Wolfsburg’s revised compact hatchback.

It wouldn't be the first hybrid R model from VW as the recently launched Touareg R has 456 bhp coming from a 3.0-litre V6 petrol engine working together with an electric motor.