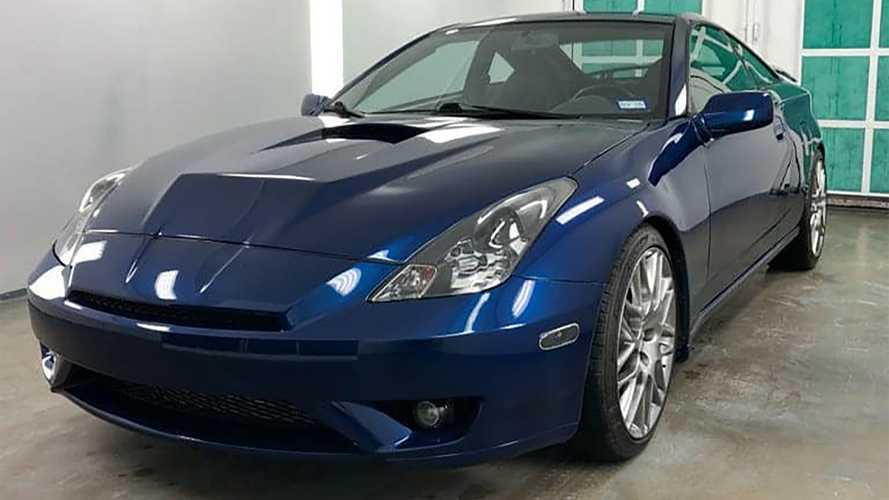 And it’s for sale.

In the American market engine swaps are a dime a dozen. Often, it’s an LS swap – a GM-sourced V8 slipped under the bonnet of all types of metal. There are crazier swaps out there, yes, but the LS swap is popular for a reason. Even then, it’s not everyone’s go-to engine of choice, especially for one Toyota engineer, according to the ad.

A new listing on Facebook Marketplace, discovered by our colleagues at Road & Track, is offering an engine-swapped Toyota Celica, not with a GM V8, but one from a Lexus.

The listing is for a 2003 Celica, though there’s little mechanically left of that car. Instead, you get the 4.3-litre 3UZ-FE V8 that powered the likes of the Lexus LS, GS, and others. The mill makes more than 320 bhp (238 kilowatts), and you can get it with either a manual or automatic gearbox. Power now routes to the rear wheels. A stainless steel and aluminium exhaust, with electronically controlled cutouts, helps the V8 breathe.

Restored Mercedes Unimog has engine swap and so much more
⠀

The ad says the Celica is OBD and emissions compliant. It has air conditioning and airbags, and notes that “all systems work as expected.” The front and rear suspension are from a Supra TT, and it also features coilovers and adjustable control arms. Brakes are upgraded to handle the additional power, and it has a Helical limited-slip differential. Top speed is north of 130 miles per hour (209 kilometres per hour), and the seller is including two sets of 18-inch F-Sport wheels and tyres.