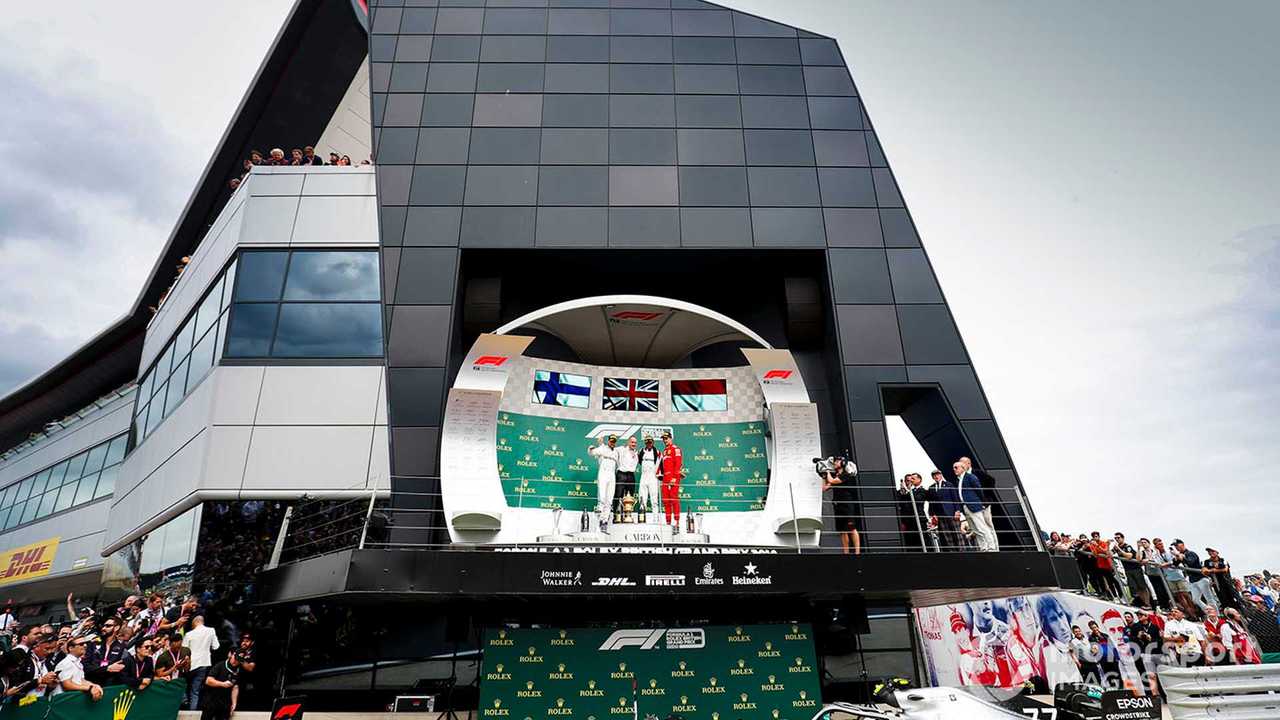 The push from UK government to start talks over resuming sport in the UK is "very encouraging" for running the British Grand Prix in July, according to Silverstone's track chief.

Silverstone announced on Monday morning it would only run the British Grand Prix scheduled for 19 July without any fans present amid the ongoing restrictions due to the COVID-19 pandemic.

The track remains open to hosting multiple races behind closed doors to help get the season underway, but would only be able to do so if government guidelines permit.

Culture secretary Oliver Dowden said last week he had been holding "productive talks" with sporting bodies in the UK over how live sport would resume once the pandemic had eased.

Speaking to Sky Sports, Silverstone managing director Stuart Pringle said he was encouraged by the latest word coming out of the government.

Get the back sotry:

"Whilst there's an ounce of doubt about safety, for the fans, for all the teams, and for then people who earn their living in the sport, we have to do the right thing," Pringle said.

"Racing behind closed doors, that would be entirely subject to government rules.

"But it's very encouraging that the department of digital, culture, media and sport at the weekend indicated that they are keen to start a dialogue between medical officials and people in sport to see what might be done to achieve that.

"We are working together with Formula 1 and the medical officials to see how we can do that for some kind of British Grand Prix behind closed doors."

F1 said on Monday it was still aiming for a 15-18 race calendar in 2020, starting a run of European races with the Austrian Grand Prix on 5 July.

This could include hosting multiple races at the same track. F1 requires eight races across three continents to classify as a world championship this year.

Pringle said there were a number of various challenges for Silverstone to navigate in the coming weeks, but stressed the track remained committed to helping F1 however it could.

"Of course we want the race to happen. The challenge is this is a situation that is unfolding and quite what the scale, the costs associated with that, the logistics, the complications - all of that is still being worked through," Pringle said.

"It's not as simple as me giving you a yes or no answer or a figure. It's actually understanding the scale of the problem.

"We're totally optimistic we can help Formula 1 with a decent season, and one that we can play a meaningful role.

"By that I mean, possibly more than one round if that is what works, although it would make a lot more sense to carry on country to country. That's a smoother way of operating."

Asked when the deadline for a decision on the race was set for, Pringle replied: "I don't have a precise date for you.

"I think the challenge is much more around knitting together a season that will flow naturally and have certainty that it will run. We can be very flexible at Silverstone."