Toyota Supra puts down 2,033 bhp at the wheels in dyno test

Today’s Toyota Supra began life 40 years ago in the late 1970s as the Celica Supra. It wouldn’t drop Celica from its name until 1986, giving us the Supra much of the world knows today. It took an 18-year hiatus starting in mid-2002 before returning for the 2020 model year.

Those 18 years solidified the Supra’s already legendary status, giving fans, enthusiasts, and tuners nearly two decades to toy with the cars Toyota produced. That’s led to some wild aftermarket builds and tunes, and the latest one we found is just as crazy. 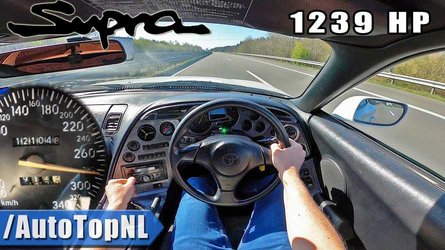 1,239-bhp Toyota Supra accelerates like a rocket on the Autobahn
⠀ 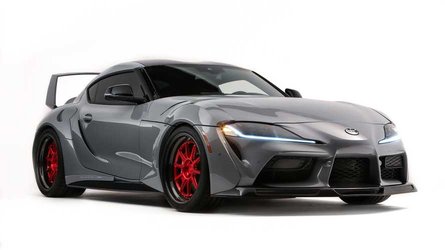 And boy, is it tuned. A full rundown of upgrades isn’t provided, but there is a general list hiding in the video’s description that says the Supra has a “built” 3.0-litre 2JZ inline-six iron-block engine by EKanooRacing that pairs with a PPG sequential gearbox. It has Motec’s M150 engine management system and an upgraded turbocharger from Precision Turbo, which you can’t miss in the Supra’s engine bay.

This is a build that is taken to the extreme. Cranking out over 2,000 bhp is a lot for any car, let alone one likely sold before the Y2K bug entered the lexicon. The Supra in the video above is just another example of how powerful you can make these older sports cars, though, with deep enough pockets, almost anything is possible.