2021 Rolls-Royce Ghost loses all the camo in new renderings 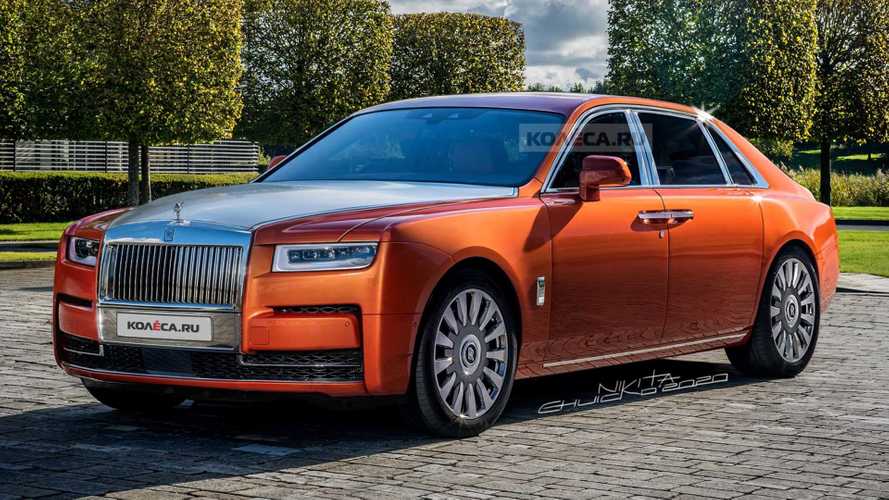 Look for an official reveal later this year.

The new generation Rolls-Royce Ghost is nearing the end of its development, which should culminate in a big debut for the finished product before the year’s end. We’ve already seen a number of prototypes spied testing with camouflage and now new renderings try to uncover all the little details that were hiding underneath the disguise.

These virtual drawings come from our pals at Kolesa.ru, who envisioned the new four-door executive saloon from Goodwood in a sexy orange shade. Needless to say, the design takes an evolutionary approach, which is something to be expected from the British manufacturer given its conservative nature. It’s probably safe to say the new Ghost will look a tad sportier than the outgoing model and this is skilfully reflected in these renderings.

Below the familiar skin, the luxury vehicle will be all-new. That’s possible thanks to the integration of a brand new, in-house developed aluminium-rich platform, which will be shared with the Phantom and the Cullinan SUV. First and foremost, it will allow for a significant weight reduction, while also making the Ghost more agile due to its improved torsion rigidity.

There’s no official word yet but it is generally believed Rolls-Royce’s 6.75-litre twin-turbo V12 engine will be under the bonnet. Generating 570 bhp (425 kilowatts) and 664 pound-feet (900 Newton-metres) of torque, the unit will be mated to a ZF-sourced eight-speed automatic gearbox, and will channel its power to all four wheels.

Rolls-Royce Ghost feels calm even when pushed at the Nurburgring

The new Ghost should debut later this year with a host of tech innovations. These will reportedly include an optional rear-wheel steering, a 48-volt active anti-roll system, and even a plug-in hybrid powertrain. According to some sources, a purely electric version is also in the cards for a later launch.