Isuzu gets creative with three special versions of the D-Max 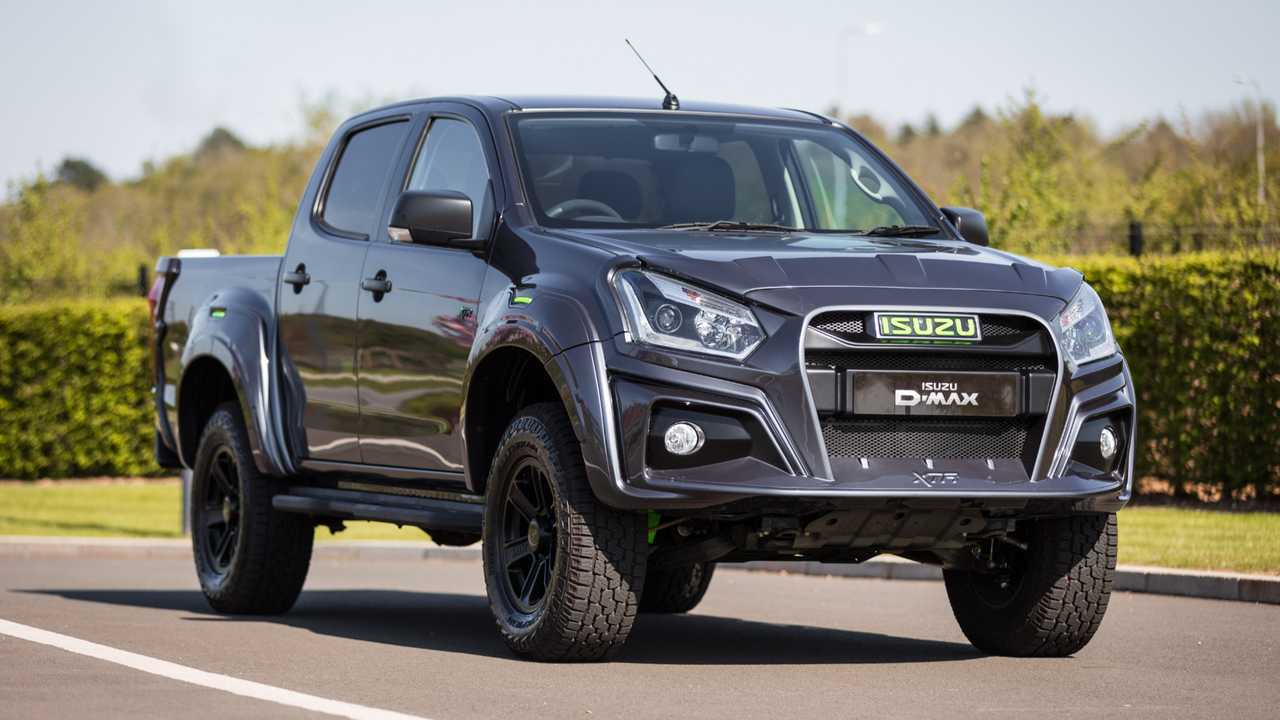 The reveals come in place of the cancelled Commercial Vehicle Show.

With this year’s Commercial Vehicle Show cancelled due to the Covid-19 outbreak, Isuzu has taken matters into its own hands, revealing three special D-Max models online. The Japanese company’s 3V reveal saw the unveiling of a one-off off-roader, a special-edition truck and a new tipper version aimed at construction firms and tree surgeons.

The new special edition is a version of the D-Max XTR that launched last year. Dubbed the Colour Edition, the new model tweaks the XTR’s look with some extra flashes of colour. Not only is the badge now green, mirroring the XTR’s trademark accent colour, but the bulky body kit, which is black on the standard XTR, is now body colour-coded.

More on the Isuzu D-Max:

Updated Isuzu D-Max Arctic Trucks AT35 priced from £39,995 plus VAT

According to Isuzu, the colour-keyed bodywork is designed to give the truck “an even more premium appearance”, although some trim has remained black to maintain the vehicle’s character. That means there are still black door mirrors, black side steps and exhaust finishers.

As with the standard XTR, the vehicle also benefits from a re-trimmed interior with a sporty D-shaped steering wheel, and a range of mechanical changes. There’s a bespoke performance braking system, as well as a suspension set-up designed to increase off-road capability without hampering on-road performance.

Isuzu claims production of the Colour Edition, which is available in the same four colours as the XTR, will be “limited”, but the company’s official literature gives no indication as to how many will be built. And the firm is similarly tight-lipped on pricing, saying the figures will be announced when the current lockdown measures are lifted.

In the meantime, though, Isuzu has given us two other vehicles to feast our eyes on. First of all there’s the new tipper version of the D-Max Utility Extended Cab, which is intended to offer “the essential workhorse attributes of the D-Max Utility with the practicality of a durable and lightweight tipper body”.

Aimed at customers including tree surgeons, landscape architects and construction companies, the vehicle is based on the business-focused Utility model, which means you get steel wheels and black bumpers. And unlike the Single Cab versions, you get partial back doors, which can only be opened after the front doors.

Then there’s the tipper unit itself, which uses 18 mm thick interlocking alloy floor panels and 30 cm tall sideboards. The tipper, which uses fully galvanized lifting gear, also comes with a powder-coated tubular gantry and a protection panel to shield the cab from any flying objects.

Finally, Isuzu has also created a one-off off-road version of the D-Max that will not go on sale. Instead, the Go2 model is intended to show just how the D-Max can be modified for off-road use. Based on a Utah model, it gets all the associated creature comforts, but it adds to them with a range of rugged mechanical features.

Among the most prominent additions is a heavy-duty front bumper, on which there is a Britpart Pulling Power Winch with a cable that will haul up to four tonnes. There’s a snorkel, too, to aid wading, and 33-inch General Grabber mud terrain tyres encase the smaller 16-inch alloy wheels.

Under the skin, though, the changes are equally numerous. Not only is there extra underbody protection, but the braking system has been upgraded, while the suspension has been raised to provide more ground clearance.

“This is a fantastic working example of just how easily the Isuzu D-Max can be adapted and transformed into a ‘do anything, go anywhere’ pick-up and should definitely give our customers some inspiration for what they can achieve in their own D-Max,” said Darren James, the group resources director at Isuzu UK.