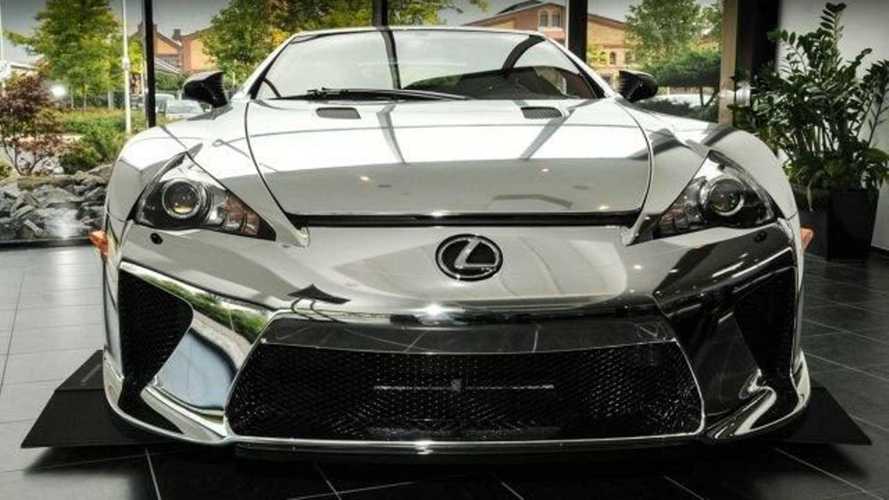 That's one shiny LFA but is the price fair for a used sample?

By the end of December 2012, Lexus had built 500 units of the LFA supercar – a process that started in 2010 with a 20-car production schedule per month. With this number and with certain allocations all over the world, 17 for the United Kingdom, the LFA is quite a special Toyota, praised mainly for its overall performance.

More than seven years have passed and we've been seeing used LFA units for sale in several dealers. One of them is this chromed example from Germany, and it's selling for 880,000 euros or around £770,000 with the current exchange rate.

So, what's so special about this Lexus LFA? Apart from its special chrome wrap, which by the way is quite questionable since it will probably hurt someone's eye under extreme sunlight, this LFA has only been driven for 870 kilometres (541 miles). With that said, the whole package looks relatively new based on the photos. The red-accented cabin also looks fresh but isn't really a surprise considering that it's barely driven.

Will there be a Lexus LFA successor?

Is this price worth the money? That's entirely up to you. If a shiny chromed LFA tickles your fancy and you're looking for a low-mileage example, this might be the only one you'll find in the world. Several secondhand LFA units are also on sale in some used car dealers in the U.S. but only few are within this mileage.

Or you can always opt to buy a brand new unit, which, by our latest count, went down to just four units in the U.S. Just find someone to wrap it in chrome if that's your thing.