Vauxhall has kicked off the teasing game for its all-new Mokka to signal a vast departure from the outgoing model not just in terms of design, but also as far the underpinnings and even the name. As revealed by the spy shots from early March and a fresh batch from today (see below), the small crossover is set to adopt a significantly sharper look likely derived from the 2018 GT X Experimental concept.

Vauxhall isn't exactly generous as far as disclosing juicy details about the new Mokka, but it is widely believed the revamped model will ride on a platform developed by Vauxhall’s new parent company – PSA Peugeot Citroën. We’re talking about the CMP platform, meaning the second generation will have a lot in common with the Peugeot 2008 and the posh DS3 Crossback.

Vauxhall does say a fully electric version is in the works and the company will actually prioritise the EV model as the zero-emissions model will be the first to go on sale early 2021. As it’s the case with its French cousin, combustion engines will still be offered for those who don’t want to pay the premium commanded by the EV model or simply would rather have a traditional engine.

Looking at the Peugeot 2008, expect the revamped Vauxhall Mokka to offer a turbocharged 1.2-litre three-cylinder petrol engine with 99, 128, and 153 bhp, along with a 1.5-litre four-cylinder diesel with either 99 or 128 hp. The EV model will likely rely on a 136-bhp electric motor and a 50-kWh battery pack with enough juice for nearly 200 miles (322 kilometres) between charges to mirror the e-2008.

As far as the cabin is concerned, all that Vauxhall is willing to share for the time being is that the new Mokka will benefit from a “fully digitised interior” and that its designers have “paid close attention to reduction to the essentials.” It likely means the car will benefit from a digital instrument cluster and a generous touchscreen swallowing some of the conventional buttons. Expect a Corsa-esque interior, but with more room for passengers thanks to the Mokka’s larger footprint.

Vauxhall promises to unveil the all-new Mokka “soon,” so expect a world debut to take place in the coming weeks or months. We wouldn’t hold our breath for a new Buick Encore based on the next-gen Mokka as the North American model came into being at a time when Opel and Vauxhall were still under GM’s umbrella. 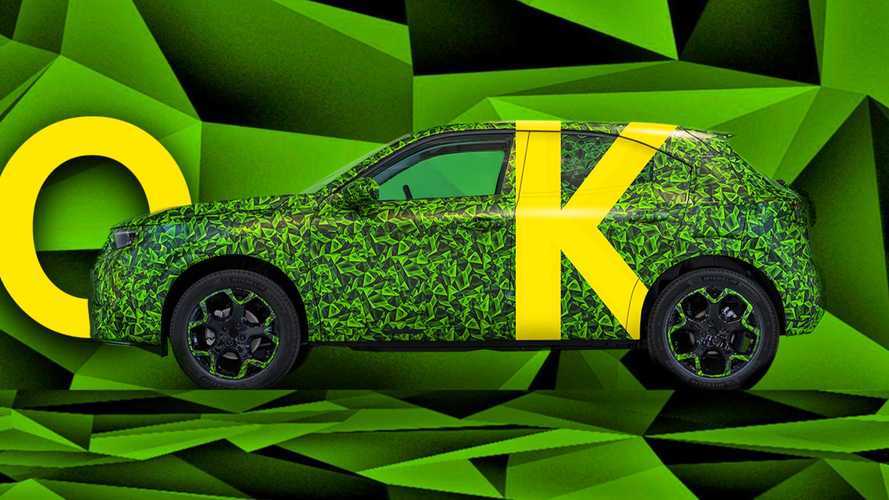 Rüsselsheim.  The new Opel Mokka is on the road, still camouflaged but ready for the first important tests with Opel engineers. And it is electric! The second-generation Mokka is all-new and its new technology including e-power is being thoroughly tested, set up and validated before the market launch. Production will start in the fourth quarter of this year. The first production cars will be electric and are due to arrive at customers in early 2021. The test cars hint at who is behind the camouflage: a large yellow K on the green-black flanks of the test vehicles – K as in Mokka. Yes, simply Mokka.

The new generation dispenses with the X-appendix in the name – as did the bestselling first generation on its debut in 2012. Back then, the Mokka impressed with its compact dimensions and sturdy looks. The new model is likewise small and robust, but in a much more progressive and modern way - even more closely tailored to driving in the city, even more stylish to make a big impression. Extra efficient, clear and bold, and of course all-electric, right from the start of sales. Customers can enjoy the exciting purely battery-electric version but it will also be available with combustion engines.

Although still camouflaged, the new Mokka already shows its crisp proportions with short front and rear overhangs – fully aligned with the further developed Opel design philosophy. The next-generation Mokka combines German engineering with a clear, “detoxed” design language. In addition, drivers and passengers will be able to enjoy a fully digitised interior. The Opel designers paid close attention to reduction to the essentials.

Opel CEO Michael Lohscheller: “I have followed the development of the new Mokka very closely for two and a half years and I am very proud of this new Opel, which will be electric from the very beginning! I can promise that the new Mokka will be one of the most exciting cars in our long history! This second generation shows everything Opel stands for today and in the future, it will change the perception of our brand. Our engineers still have important work to do, but I'm looking forward to presenting the new Mokka soon.”