Norton will stay in the UK and remain a premium brand 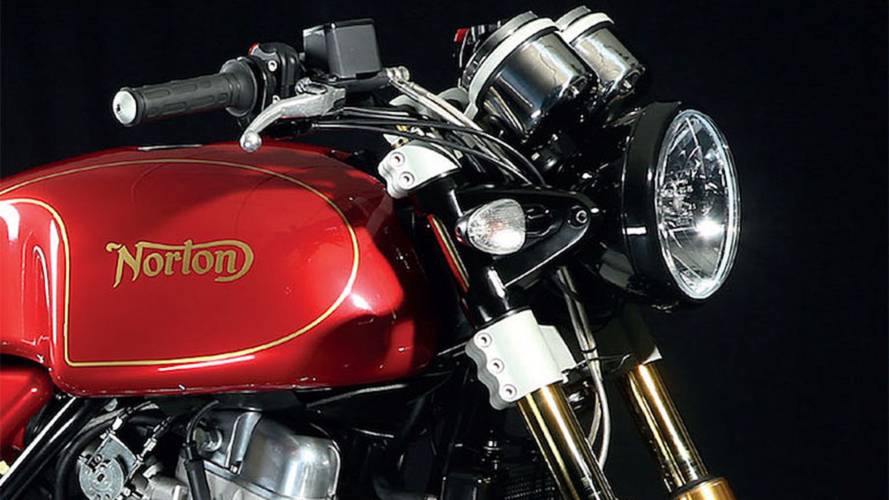 Big plans to do nothing.

Norton’s “Stuart Garner” era came to an end on April 17, 2020, when Indian manufacturer TVS Motor Company announced it had officially bought the company and part of its assets. Norton’s intellectual property was included in the deal which technically gives TVS carte blanche to use it as it pleases.

So what will TVS do with Norton and its bikes? The simple answer: absolutely nothing.

Indian media Car and Bike had a chat with TVS Motor Company Joint Managing Director Sudarshan Venu about the company’s most recent move to get the lowdown on what the transaction will mean for the “buyee”. According to Venu, their plan with Norton is pretty much to let it do its thing.

This means that Nortons will continue to be produced in the UK—though not in Donington Hall—and that most of the existing staff (designers, engineers, line workers, minus the former managers) will keep their jobs.

“The strong design team and assembly team is coming over to us, and we will look to leverage their strength and work with them to deliver more bikes of this storied brand. In Europe, the location is in Derby, in Donington Hall. We will move to another new location very soon, in the same region. The idea is to continue with this very talented team to get the brand back to its original glory, and take it into the future," Vanu told Car and Bike.

We suggested yesterday that cheap, Norton-branded motorcycles would likely make people willing to forget the whole debacle. Now that we know that TVS’s only intention is to take over and let Norton do what Norton does best (aside from the alleged fraud), it makes me wonder how that’s going to go. How trusting will potential buyers be considering all the horror stories that came to light during the company's investigation? It’s the beginning of a new era for the brand but the people will remember the scandal for a long time.