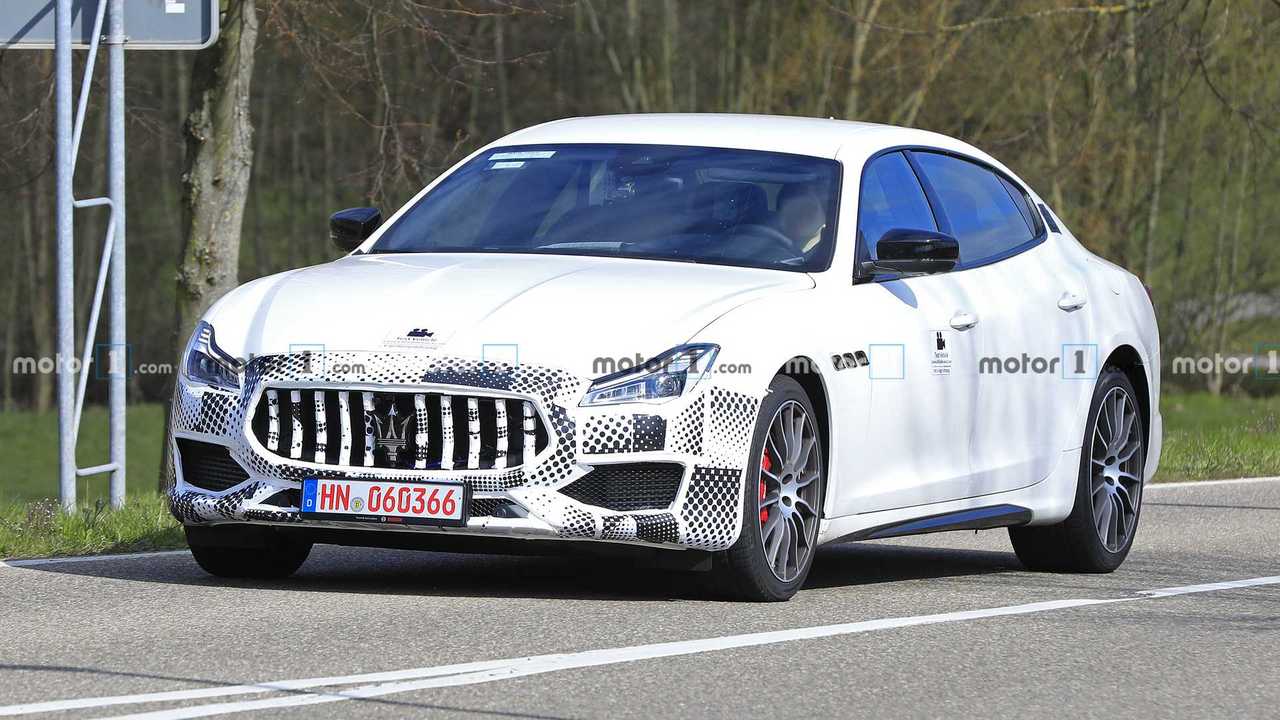 Can you spot the changes?

In June 2018, Fiat Chrysler Automobiles published a new model roadmap which included a new generation Maserati Quattroporte for 2022. An updated version of the plan appeared approximately a year later and included a facelifted version of the four-door saloon. Today, our spy photographers are bringing the first spy shots of the refreshed model and here’s what’s in the cards.

This prototype has a thin layer of camouflage at the front that’s not hiding much of the design. Interestingly, we didn’t spot major tweaks - the headlights, bumper, and grille all appear to be unchanged compared to the 2019 Quattroporte. Judging by the side sill additions, this appears to be a GTS model, which means there’s a V8 under the bonnet.

Still, we expect some visual touches for the performance saloon here and there - most likely, the grille will be revised, while the headlights could receive new internal graphics. The taillights and rear bumper could also get some minor modifications.

The future of Maserati:

Not much will change underneath the skin, too. Maserati will aim to keep the Quattroporte emissions standards-compliant which means it should get a petrol particulate filter. A few mechanical upgrades could be planned but nothing major enough to write home about.

The refreshed Quattroporte should remain on sale for approximately two years. At some point in 2022, Maserati is expected to reveal its all-new successor, which could switch to an entirely electric powertrain. Even if this doesn’t happen, at least, there should be a hybridised model of some sort.