European Audi production will 'slowly return to normality' before May 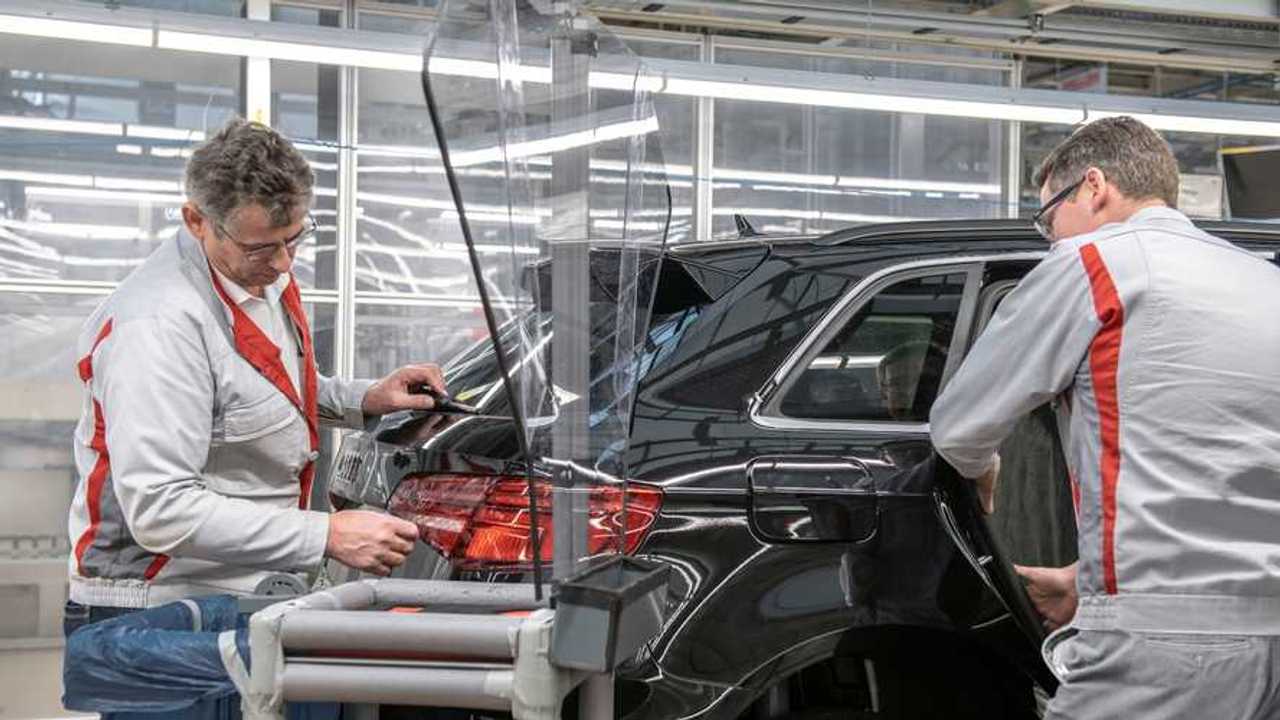 The German brand is planning to restart production as coronavirus lockdown measures ease.

German car maker Audi says it will gradually restart production in Europe as various nations begin to ease their lockdown measures. The Ingolstadt-based company, which is part of the Volkswagen Group that also includes Bentley, Skoda and Seat, says production will “slowly return to normality” by the end of the month.

The company shut down its European sites in mid-March as the coronavirus pandemic slashed demand across the continent. In the UK alone, demand for new cars fell by more than 40 percent in March, despite lockdown measures only arriving on March 23. Now, though, as various European countries begin to scale back their lockdowns, Audi is planning to restart its production lines.

More on car production during the coronavirus outbreak:

Ford production restart in Europe delayed until at least May 4

According to the company, the “regulated restart” of production will be coordinated with the Volkswagen Group, and will also involve the contributions of suppliers and service providers. However, the recommencement of production will involve a raft of measures to ensure the safety of workers. The company says it is working within the guidelines of the health authorities in the respective countries, as well as those of the Robert Koch Institute, the German public health institute.

As a result, measures include “clear rules” on distance and hygiene, a modified shift system to avoid contact, and mandatory use of mouth and nose protection in areas where distances of 1.5 metres are not possible. The company has also created physical barriers at critical workplaces, such as door pre-assembly, where two employees work simultaneously on the same transport rack and stand directly opposite each other. There, staff have developed a transparent barrier made of plastic sheeting that allows them to continue working.

The manufacturer also says it has looked at other areas of the business, including car parks, factory gates and catering, to make sure workplaces are “corona-ready”. The firm says it has developed “appropriate solutions” for all areas, and employees will be informed about necessary measures in advance. They will also receive “comprehensive safety instructions” from their line managers when they return to work, as well as updates in internal online media and through information notices at the plants.

Audi says it intends to slowly increase production from the end of April onwards, following a fixed plan. Engine production in Győr, Hungary, has already started ramping up again this week, but employees at the factories in Germany will only be able to resume their work properly in what Audi calls “later phases of the restart”. Until then, “short-time working regulations” will apply.

“We will manage the restart as a joint European act,” said Peter Kössler, board of management member for production. “The focus is on the employees, because they need a safe working environment. Audi teams of experts have therefore adapted processes with a view to health protection in consultation with the specialist departments and works councils. I would like to thank all Audi employees and our partners around the world for their flexibility and joint efforts in times like these.”