Patents show Mazda's idea for an EV with reasonable range 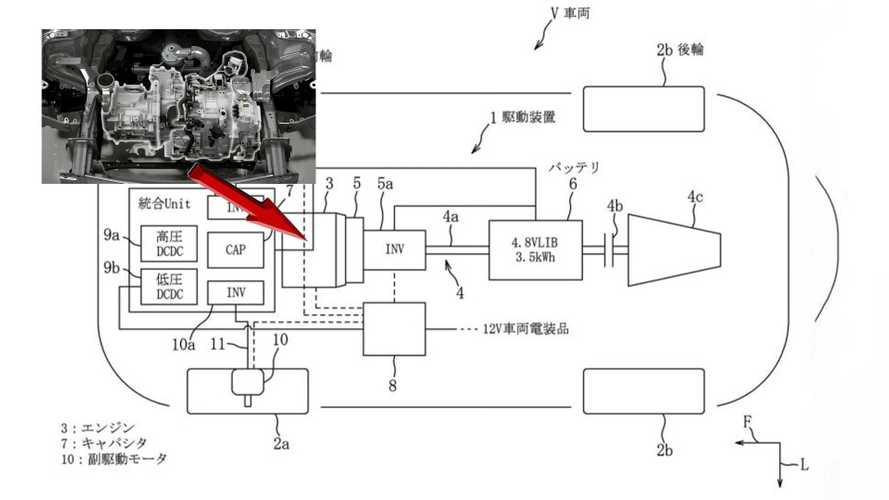 The company plans to have supercapacitors and a range extender: all that to avoid big battery packs.

Way before it presented its first EV and gave it a name, Mazda already made it very clear that it did not believe in large batteries. When the MX-30 showed up, it had only 130 mi of range (209 km) and a battery pack of 35.5 kW.

According to the company, because anything more significant would be less efficient and because this range fits most needs. To travel further, this car would need a range extender. These patents may confirm a rotary engine may be the answer to that, but Mazda can also use supercapacitors.

That idea makes the future Mazda MX-30 REx very similar to Riversimple cars, at least in what relates to a “network electric vehicle” and the intended efficiency it will have. The reason for that is simple: supercapacitors take energy much faster than a battery ever could. It also releases it sooner, a bonus that Mazda can use to offer stunning performance and sharp accelerations.

Supercapacitors are also lighter – which saves mass – and cheaper. They end up increasing the energy storage capacity of the vehicle. This patent probably refers to a future sports car, such as a future RX-10. We still know it only as the RX-Vision concept.

This sports car would work with a 48V battery pack with a 3.5 kWh capacity. The supercapacitors did not have their capacity informed. According to the Japanese patents, they are connected to the batteries.

Recharging for the supercapacitors comes directly from regenerative braking. That way, they can gather most of the electricity recovered by the brakes. When the voltage between terminals of the supercapacitor reaches a certain level, the charge goes to the battery. When they have no juice, the battery provides it.

We bet that, if there is a way to put the energy retained in the supercapacitors to the battery when there is no need to accelerate, Mazda will make that happen. On the other hand, when fast accelerations are needed, the cells may help energise the supercapacitors so that they can release these electrons swiftly to the tiny in-wheel motors that are on the front wheels.

Making them small was the way Mazda found to dodge the unsprung mass problem they pose. Using high voltage (120V) helped it make them more powerful and use thinner wires as well. In an MX-30 version, they would probably go to the rear wheels, since the EV is a front-wheel-drive car.

As the image above shows, Mazda will put the engine behind the front axle, something that already happens with the MX-30. The company calls that “integrated unit.” The engine can be seen as number 3, the supercapacitor is number 7, and the in-wheel motors are the number 10 parts.

The rotary engine, even with massive developments, would still be considered excessively pollutant. It may fit a sports car, but not a vehicle with higher production numbers. In these cases, it would probably be a perfect range extender, with no need to work in rpm ranges in which it is not so efficient.

This old image shows that Mazda will have the same structure for all its future vehicles. The rotary engine will be the same for all of them – a scale advantage. What will change are the sizes of the fuel tank and the battery on the PHEV and the series hybrid vehicles. The first will get increasingly bigger, the second, smaller.

The rotary engine would only have different outputs, something a turbocharger can provide. The EV with a range extender would not need it, while the PHEV and the series hybrid would require progressively more air admission, in that order.

It is precisely that image that allows us to know that, although the patents probably point to a sports car, the EV with a more practical range will follow the same arrangement.