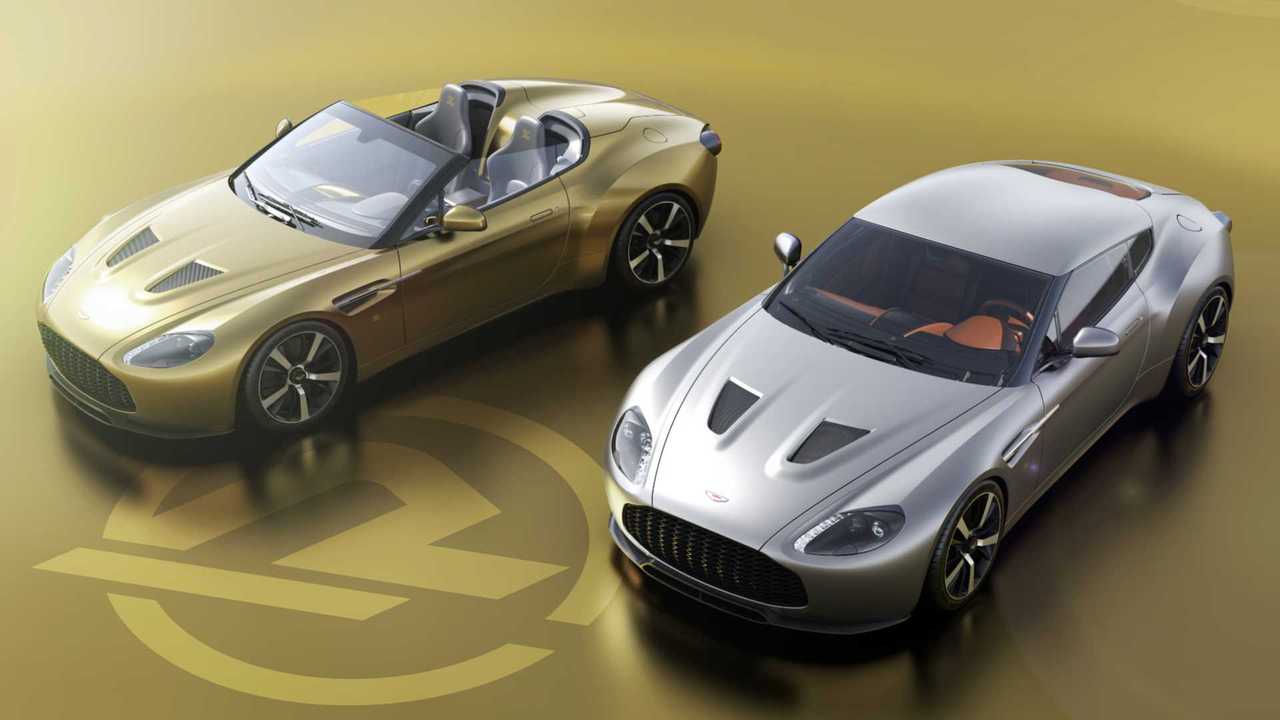 Most of the V12 pairs have already been sold.

Swiss company R-Reforged has confirmed plans to build 19 pairs of V12 Aston Martins that celebrate the centenary of coachbuilder Zagato. Dubbed the Aston Martin Vantage V12 Zagato Heritage Twins by R-Reforged, the 38 cars will get upgraded engines, as well as a host of Zagato-related design features, before being sold off in twos.

As the name suggests, the hand-built cars are based on the V12-powered Aston Martin Vantages that went out of production in 2018. They are, in fact, homages to the 2011 Aston Martin Vantage V12 Zagato, but Zagato and R-Reforged have used the more modern V12 Vantage to develop the car further.

Buyers will get a pair of cars - one convertible and one coupe - to provide what R-Reforged calls the “best of two automotive worlds”. Both get distinctive Zagato features, as well as exclusive 100th anniversary gold badging.

Both also get “reworked” versions of the V12 Vantage’s 5.9-litre naturally aspirated engine. Updated to produce 600 bhp (up from 510 bhp in the original), the motor sits beneath an all-carbon-fibre body, which includes an active rear wing. Some 19-inch alloy wheels and an “infinity colour palette”, which allows customers to pick any colour they like, finish the look.

Once customers place their order for a set of Twins, they receive a bespoke gift box before travelling to Switzerland to “specify every element” of their cars. The vehicles will then be built in Warwick, England, during the fourth quarter of this year.

“The Aston Martin Vantage V12 Zagato Heritage Twins by R-Reforged are undoubtedly a highlight of our centenary celebrations,” said Andrea Zagato, the Italian company’s boss. “A beautiful, bespoke and intrinsic part of our history and creative association with Aston Martin. To own these collectible cars will be a very personal and emotional experience.”

And Aston Martin’s vice-president and chief marketing officer, Peter Freedman, said: “Aston Martin’s relationship with Zagato stretches back 60 years and together in that time we have created a series of very special cars. The Aston Martin Vantage V12 Zagato Heritage Twins by R-Reforged project is a fitting tribute to the Zagato centenary anniversary.”

Meanwhile Marella Rivolta Zagato, who co-runs the design house, explained her selections for the first two cars, seen in these images.

“When I was selecting the body colours, I looked for something that would simultaneously represent our 100-year heritage and our future,” she said. “The most symbolic colours are gold and platinum, which are precious metals. Gold, an emblem of purity and distinction, is in my mind a tribute to our first century. Platinum is resistant to corrosion and has great catalytic capabilities, which is what I wish for our next 100 years!”

“Plants, sources of life that have continually renewed themselves since ancient times, are also woven into this idea. Take for instance the colour for the Speedster, which I have named Oro
Angelica. Angelica is an edible plant thought to guarantee long life. It also symbolises inspiration, the driving force of the first 100 years of Zagato’s history. For the Coupé, I chose Platino Acanto. The leaves of the acanthus inspired the ancient Greeks to create the Corinthian capital. This plant represents purity and immortality, embodying Zagato’s vision for the future.”