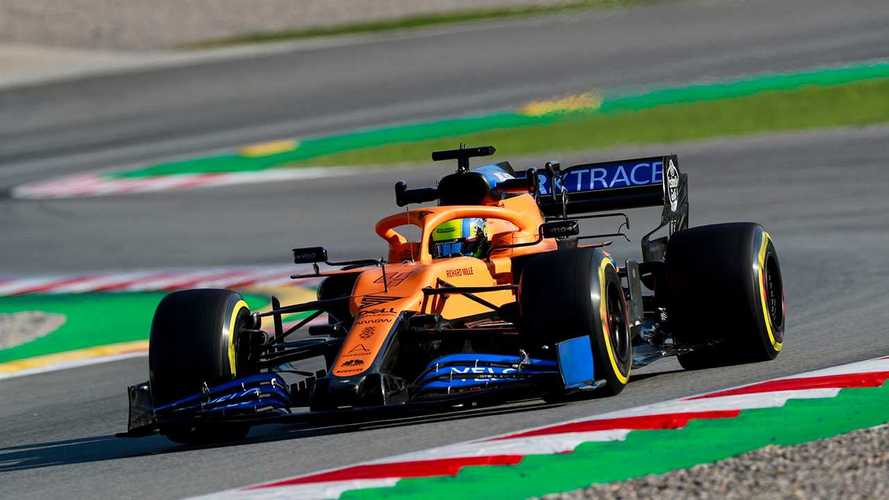 McLaren driver Lando Norris reckons the responses to the coronavirus pandemic from Formula 1 and the FIA regarding team operations has created a “level playing field” on car development.

F1’s summer shutdown has been brought forward and extended – initially to 21 days and then to 35 – while social lockdown restrictions in place across much of Europe, where the teams are based.

It has also been agreed that the cars developed for 2020 will be used next year, with some limited areas of development, and the rules reset has been delayed to 2022 in a bid to ease the financial burden on the teams.

Norris says that as “everyone is on shutdown”, the situation means no team can gain a potential performance advantage.

Norris: I won't be someone I'm not when F1 resumes

“No one in this current period right now can be developing and doing anything in terms of trying to make the cars quicker, apart from being at home and thinking about stuff like that,” Norris told Motorsport.com.

“Whether it's for the leading teams or whether it's for the slower teams, I think it is a level playing field at the moment in terms of what everyone can do. And there's no advantage really for the higher teams and the faster teams with more money.

Asked if what he will be doing during the F1 hiatus – apart from during the shutdown period – included studying telemetry remotely, Norris said: “It quite easily can be [done]. I've got a hard drive with pretty much every single thing that I need on every video from last year for myself - from pre-season testing, data.

“So if I ever need to look at anything or want to or we're talking over the phone and want to discuss stuff, then we have references regarding to onboard data. I can quite easily just look at some data or some video and stuff like that.

“It's just [about] trying to keep your mind within what Formula 1 is like - because even when you're doing sim racing, you still get a good feel for how you control the car and stuff, but then it's the feedback, how an F1 car is different to cars you drive on the simulator.

“You don't tend to drive the F1 car as much on the simulator. And it's just trying to keep or bring yourself back to the reality of what it's like in F1 compared to just driving on the simulator. Whether it is looking at some video or some data or something like that, it's a good thing.”