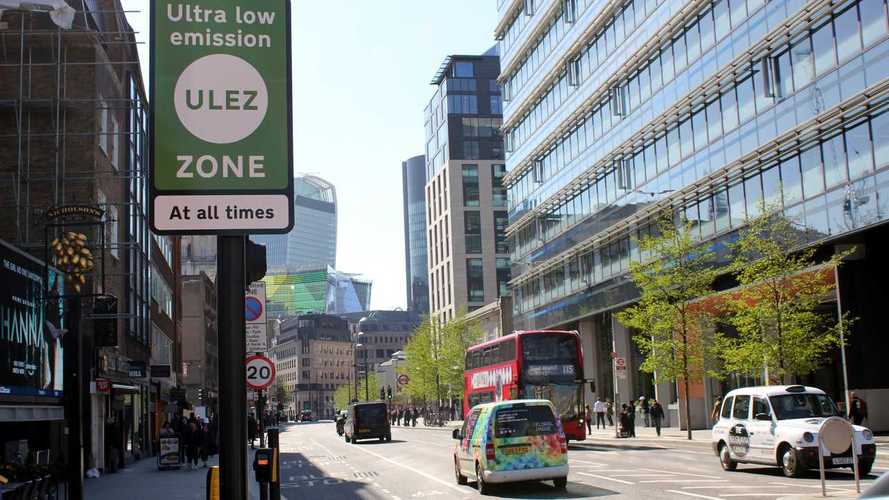 Most have switched to public transport.

London’s Ultra-Low Emission Zone (ULEZ) has caused two-thirds of the capital’s commuters to change their transport habits, according to new research. The study by motorcycle insurance firm Bikesure comes a year after the zone, which sees more polluting vehicles charged to enter the city centre, was introduced.

However, amid the ongoing coronavirus lockdown, enforcement of both the ULEZ and the Congestion Charge has been suspended.

When the scheme was introduced, Nick Fairholme, director of project and programme delivery at Transport for London, said the plan was designed to encourage commuters “to opt for vehicles that emit fewer pollutants or walk, cycle or use public transport”. And according to Bikesure, the ULEZ has had a profound effect on commuters, with 65 percent changing their usual mode of transport.

Of those who changed their habits, six in 10 (64 percent) elected to use public transport, while 43.5 percent now walk. However, almost a quarter (22.8 percent) moved to a less polluting car, while around a fifth (20 percent) moved to a low-emission motorcycle or scooter. Seventeen percent, meanwhile, now use a pedal cycle.

It’s the second year Bikesure has run its ULEZ survey, with 1,000 commuters taking part in the study. Last year, the company found 47 percent of commuters thought the then-new scheme was a good idea, but that figure has dwindled to just under 45 percent over the past 12 months. Similarly, the proportion of people who think the scheme is a bad idea has risen from just under eight percent last year to more than 11 percent in 2020.

And when the ULEZ expands to the North and South Circular roads next year, the effects are set to be even greater. Of the 1,000 people surveyed, 31 percent said they won’t be able to afford to drive or ride in London any longer, while a quarter said they would drive or ride less as a result. Just under 13 percent said they would opt for lower-emission transport, but more than a third (35 percent) said it would make no difference.

"It's quite telling that over 30% of people say they won't be able to afford to drive or ride in London after the expansion,” said Bikesure’s business manager, Robert Balls. “Will they be able to rely on public transport? If public transport doesn't suit their needs and cost is a real factor for those people, then they're unlikely to be in a position to purchase a Euro 4 (or 6) engined car, so they may well consider scooters and other motorcycles for their personal transport across the city. It will be very interesting to see how different the city's roads will look at the start of 2022 compared with the start of 2020."