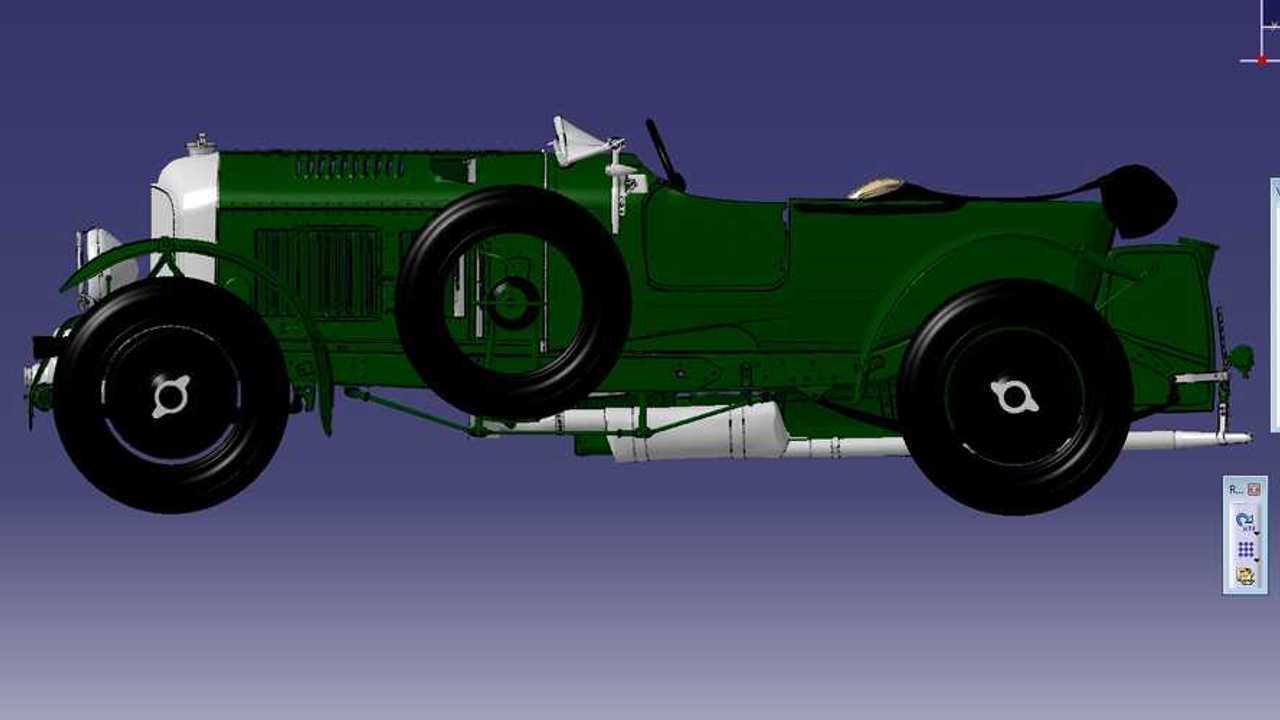 The 3D model will help in the creation of 12 continuation models.

Bentley has completed digital modelling of its iconic 'Blower' model, an important milestone in the creation of a new continuation series for the legendary machine. Just 12 will be made, with each being an exact mechanical copy of the  1929 Team Blower built and raced by Sir Tim Birkin.

The original Blower likely to be the most valuable Bentley in existence, hence why a run of mechanical clones are being produced. Only four original Blower Bentleys were produced by Birkin for racing in the late 1920s. The cars campaigned on the race tracks of Europe including, most famously, Le Mans where it won in 1930.

Bentley Mulliner’s Classic division are producing the continuation models, all of which have already been sold to collectors all over the world.

To facilitate the creation of the digital model, which will be used to aid the production of the real world recreations, the original car was carefully dismantled and meticulously laser scanned to ensure absolute accuracy.

In pulling the old car apart it also allowed Bentley to complete a thorough inspection of the nearly-100 year-old car, which is still driven regularly. It took part in the 2019 Mille Miglia, appeared at the 2019 Pebble Beach Concours d’Elegance after completing a tour of California, and regularly appears at the Goodwood Festival of Speed.

It's not just about aiding production though, the 3D model will also help each of the 12 customers spec their own cars, with the model able to be fully rendered in a range of colours.

As well as the assistance from the digital model, the continuations will be built using the original 1920s moulds and tooling jigs, as well as an array of traditional hand tools, but with a sympathetic use of the latest manufacturing technology.

The continuation series cars will feature a 240 bhp, 4398 cc, four-cylinder, 16-valve engine with an aluminium crankcase with cast iron cylinder liners and non-detachable cast-iron cylinder head, while the supercharger will be an exact replica of the Amherst Villiers Mk IV roots-type supercharger on the original.