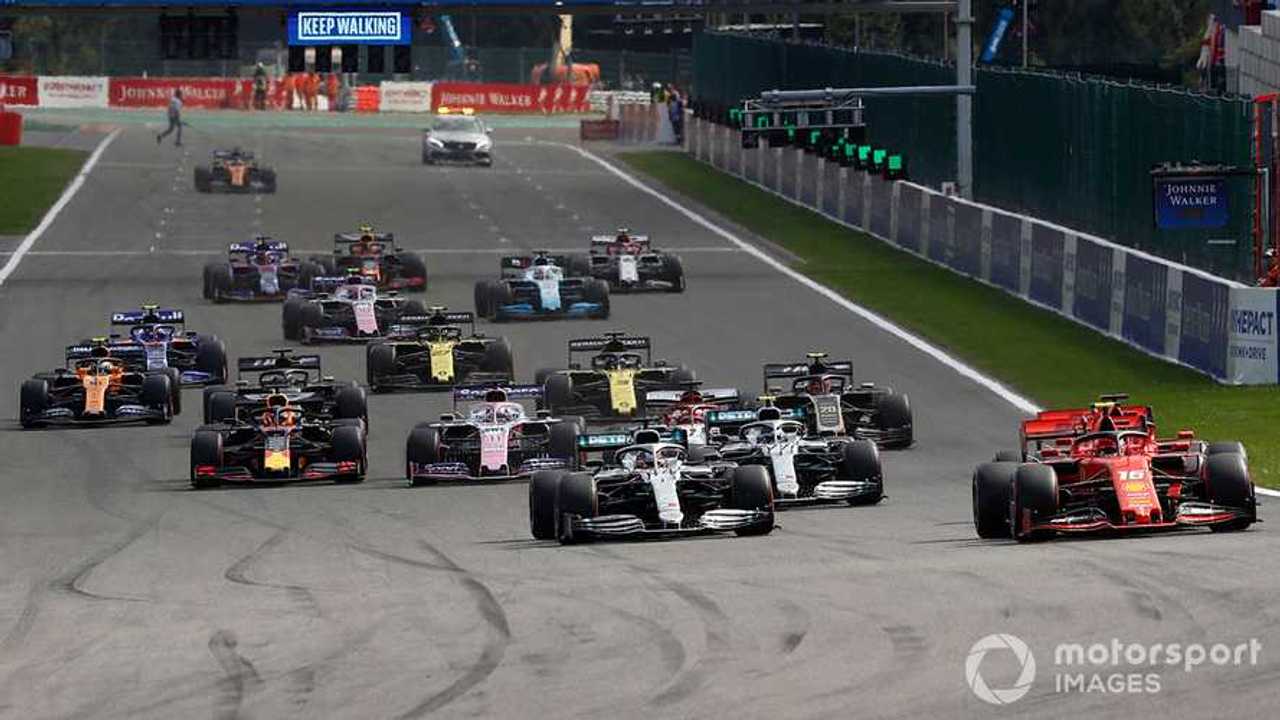 Formula 1’s hopes of getting its 2020 season underway this summer without trouble have been dealt a blow after Belgium’s decision to ban all mass gatherings until August 31.

Due to the COVID-19 pandemic, the first nine grands prix of the 2020 Formula 1 season have already been either postponed or cancelled, with June's French Grand Prix set to be the tenth race to be pushed back.

On Wednesday, Belgian prime minister Sophie Wilmes confirmed that all mass events in the country, such as festivals and large sports events, will be prohibited until August 31. That would include the 2020 Belgian Grand Prix, which was pencilled in on August 30.

The inability to have spectators will be a huge blow to the circuit, which has been a sell-out in recent years with 250,000 fans attending across a weekend, in no small part thanks to the large following of Dutch superstar Max Verstappen.

F1 has talked about holding some grands prix behind closed doors, but it is not yet clear if that would even be an option under the Belgian restrictions, as the sport would still need several hundred people to attend to run the cars and event.

Event behind closed doors "is an option"

Following the announcement, promoter Spa Grand Prix is left with more questions than answers on the 2020 edition of its event.

"Over the next couple of days we will ask a lot of questions and consider our options.”

“You know the options as well, a different date or a closed event. Even without spectators we would have a lot of people on site to organise the event. What is a mass event? Does that mean 500, 3,000 or 5,000 people?

"What is certain for me is that Formula 1 will not take place on the scheduled date with a large number of people.”

Spa is not ruling out an event behind closed doors if it doesn’t fall under the mass event ban, but only if its commercial arrangements with F1 can be revisited to compensate for the lack of fans.

“It’s an option, but obviously on a different financial basis,” De Boever added. “Commercially Formula 1 has to survive as well. They need to race.

“It’s an option we are calculating now. It’s not a no from us, it’s an option. We hope to have more answers soon.”

Last week, FIA president Jean Todt said he hoped F1 could still get a calendar put together if racing resumed in July or August.

"Once we know we can start, I think we could really see two-to-three grands prix a month," Todt told Motorsport.com.

"If we start in July/August and go to December, we have six months, from five to six months, multiplied by three and it gives you one option.

"But don't forget we may face situations where one organiser can host the event safely but eventually feels: 'I don't want. I don't feel in the mood to host the event'.

"So ultimately this kind of situation may occur. An event is a celebration, and it's what I mentioned earlier: we may be in a situation where everything is put together to do it but there is no real feeling to celebrate."

The mass event ban also affects Spa’s other marquee events of the year, the Spa 24 Hours and the WEC 6 Hours of Spa.

The Spa 24 Hours is programmed on July 25-26. The WEC race had already been postponed from its usual May date to August 15, but will presumably have to be moved again.