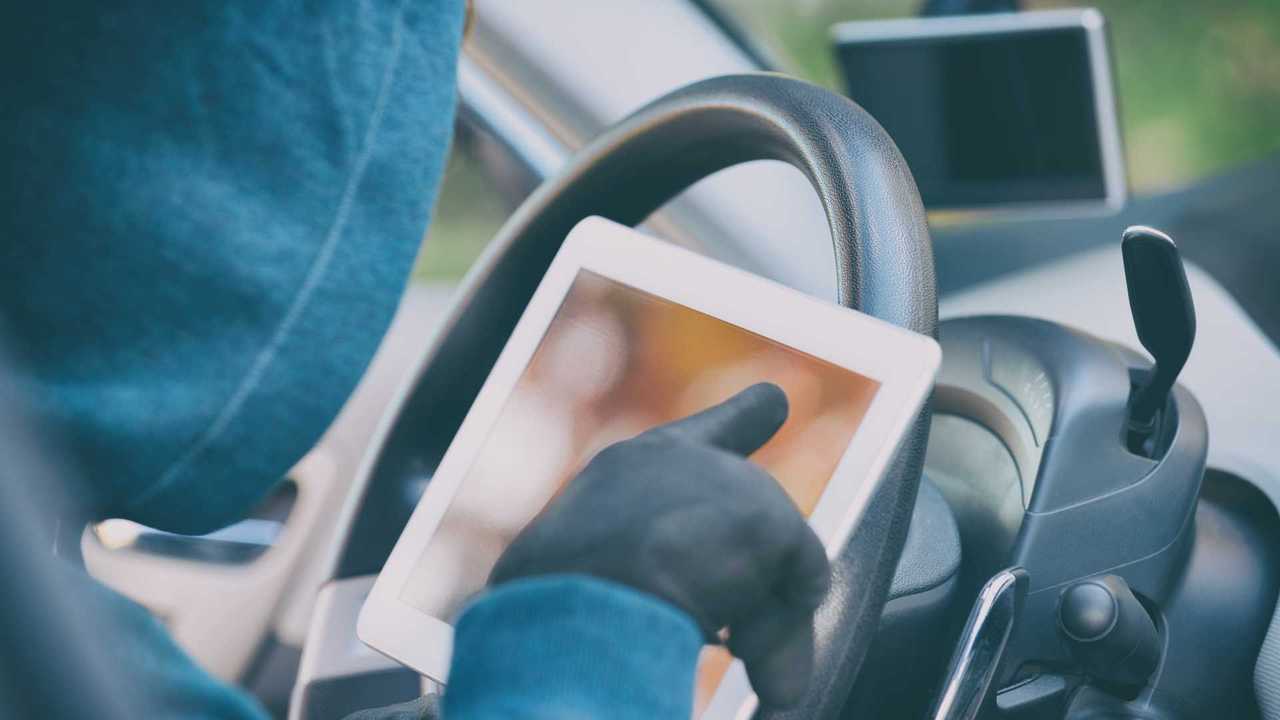 It's not just cars that are being targeted by opportunistic, tech-savvy crims.

New figures show it isn’t just cars that are vulnerable to theft by criminals who hack keyless entry systems. According to vehicle tracking and recovery firm Tracker, light commercial vehicles such as vans are being targeted, too.

Weaknesses in keyless entry systems for cars have made national news over the past year or so, with a spate of thefts - particularly of prestige and high-performance vehicles. In fact, the Association of British Insurers said the prevalence of such thefts was partly to blame for a rise in insurance payouts during 2018. According to the organisation’s figures, the UK’s insurers stumped up around £1 million a day that year — 29 percent more than in 2017.

More on vehicle theft in the UK:

Now, though, figures from Tracker show the adoption of keyless entry technology in the commercial vehicle sector has seen the same vulnerabilities exposed. To take a vehicle with a keyless entry system, thieves intercept the signal between the key and the car, then relay it to the vehicle, fooling the system into thinking the key is present. And Tracker says this method of theft has become prevalent in van crime.

According to the firm’s figures, a whopping 92 percent of all the stolen vans it recovered last year were taken in this way. That’s up from an already noticeable 44 percent in 2018.

And Tracker points out that this kind of van theft often has greater consequences than car theft. Vans tend to have tools or equipment on board, and the loss of this kit can cause huge problems for drivers — particularly if they are self-employed. Stolen vans can also cause a loss of earnings, as well as increasing insurance premiums.

“Keyless entry technology has now been widely adopted in the LCV (light commercial vehicle) market, and this is evident in the fact that last year, the majority of LCVs were being stolen without the owner’s keys,” said Clive Wain, the head of police liaison at Tracker. “Today’s tech savvy criminals are commonly using relay-attack tools that can activate a van key fob remotely, fooling the system into unlocking the doors and starting the engine.

“However, the impact of van theft goes beyond the inconvenience of being without a vehicle. Victims, whether they are sole traders, small businesses or larger fleet operators, need to consider the financial impact such as the cost of replacing tools and a likely increase in insurance premiums.

“It is worth remembering it’s not just about protecting your van from being stolen but safeguarding your business too. Ideally tools should be removed from vehicles and stored securely elsewhere overnight, or within a secure box fixed inside the van. Technology is just one part of vehicle security; more vigilance needs to be taken across the board to ensure all businesses are protecting their livelihoods.”