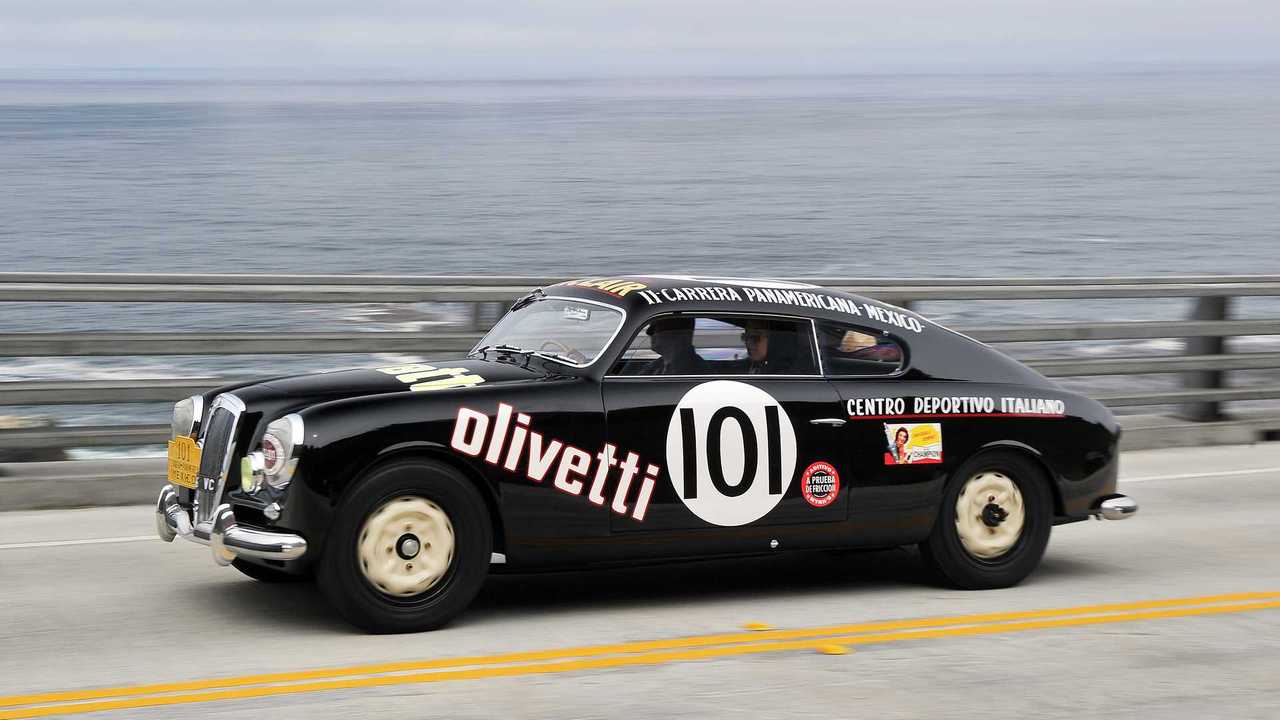 This 1950s racer was carefully returned to its former glory over three years.

The car was thought to have been lost forever, until it was uncovered in a storage facility in Southend by company co-founder Simon Thornley. It was originally bought new in 1951 by Giovanni Bracco, who was a wealthy privateer and associate of Gianni Lancia himself.

Within three months of its initial purchase it placed second overall at the Mille Miglia, it won the Caracalla Night Race and also took a class victory at the Le Mans 24 Hours. It was won the Pescara six Hour Race in the same year.

It was later tweaked to have its trademark lowered roofline to aid aerodynamics and its first race in this new configuration was the 1951 Carrera Panamericana. After a strong start, the car crashed out out the fourth day of the race.

It returned a year later after an extensive rebuild and finished the 2,000-mile race ninth in class. That was the car's last documented race appearance, leading to the belief that the car had been lost.

The car was later discovered in the US and was in the process of being shipped to Italy when it was spotted in a warehouse in the south of England. From there an investigation began to establish the car's provenance, which later revealed it to be the iconic legend that it is.

Thornley Kelham immediately got to work learning as much about the car as they could, understanding the various modifications and changes made to it over the years.

The car had been extensively re-profiled to give a beetle-like appearance, while the rear windscreen, boot floor and boot lid were determined to be wrong for the car and the whole interior was covered with a very thick coating of underseal.

The rear changes, while skilfully applied, were removed by Thornley Kelham, and set about 3D scanning and looking at old fibreglass moulds to restore the car. The original metalwork was also restored, while the floor – most of which was missing – was replaced.

Paintwork was a tricky thing to approach. The car was black in period, except for its appearance at Le Mans when it was painted in Italy's traditional racing red. That's exactly what Thornley Kelham did, applying red paint between two layers of black to retain authenticity.

The whole restoration job took over 4,000 hours across and more than three years to complete.

"The restoration of this ex-Bracco Aurelia B20 GT was a very special moment for our business," said Simon Thornley. "Its discovery was a real spine-tingling revelation, and restoring it clearly came with huge responsibility.

"With the input of a number of high-profile Lancia experts, the generosity of enthusiasts all over the world, the dedication of its owner and the talents of our team in the Cotswolds, we are proud to have preserved an enormously important piece of Lancia history.

"Decades of modifications and misuse made this perhaps one of the most difficult restorations we’ve ever done, but the Bracco story is infectious, and now it’s available for enthusiasts the world over to enjoy once more."