This Vintage Rocket III once belonged to a James Bond 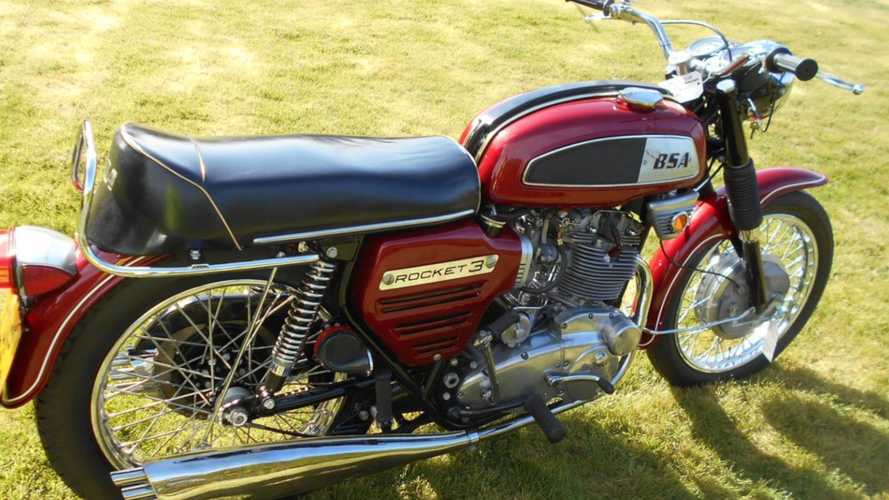 Perhaps neither the bike nor the Bond you expected, though.

If I said the words “James Bond Rocket III,” would the first thing you pictured be a Triumph? After all, it’s 2020, and we already know that No Time To Die boasts plenty of appearances from that storied British marque. Still, Triumph has nothing whatsoever to do with the bike I’m about to show you. Neither, for that matter, does Daniel Craig.

No, the bike I’m about to show you belonged to a Bond of yesteryear. Depending on who you ask, he’s either extremely underrated or else he’s the single worst Bond to ever take up 007’s mantle. The bike in question is a 1969 BSA Rocket III, and it once belonged to none other than George Lazenby.

No Time To Fly:

The one and only Aussie Bond was an avid motorcyclist in real life, it turns out. Not only that, but Lazenby used to commute every day to Pinewood Studios on this very Rocket III to play the world’s favourite secret agent, as you can see in some of these photos. Although the star of On Her Majesty’s Secret Service never used this bike onscreen, he couldn’t have imagined life without it outside of work.

Not a whole lot is known about this bike after Lazenby sold it on, but somewhere along the way, someone fitted it with a sidecar. Eventually, it ended up in the hands of an owner who wanted to restore it. The engine and gearbox were both rebuilt, all paint and chrome was tended to and refinished, and the original bike parted ways with that sidecar.

The owner was an avid British bike collector, and wanted to know more about this early BSA Rocket III that they’d purchased. Registration number POP 950G stood out, and the collector contacted the BSA Owners Club to see if they had any further information. That’s when they found out the bike had started ownership from new with none other than George Lazenby.

At any rate, the owner is now selling it through Charterhouse Auctions to fund a different purchase. This beautiful and special bike goes up for auction on Wednesday, May 6, 2020. The auction will be conducted online only, and no-contact delivery to the winner is available. The auction house estimates that it could sell for anywhere from £25,000 to £30,000. You can email the auction house to find out more.