The SUV's designer has said the styling will "freak out" people.

The folks at Hyundai are putting the finishing touches on the long-running Tucson. It’s been around since 2004 and the current generation was launched approximately five years ago, which means a new version of the compact crossover is coming soon.

A recent roadmap of the company’s Ulsan factory indicates the production of the KDM-spec model is due to commence in August, but an official reveal is likely programmed for several weeks or months beforehand.

To ease the wait, YouTube channel AtchaCars has uploaded a new video with its take on the styling direction the fourth-gen model will take. The rendering is heavily based not only on the recent spy shots with camouflaged prototypes, but also the Vision T concept unveiled last November at the Los Angeles Auto Show.

While we’re usually not that anxious to see the exterior design of a new crossover, the Tucson is an exception since the styling changes will be radical. After all, Sangyup Lee, the vice president of styling at the Hyundai Design Centre, did say about a year ago the revamped model’s appearance would make us “freak out.” Fast forward to October 2019, Andrew Tuatahi, Hyundai’s product planning manager, referred to the 2021 Tucson as being “very interesting visually.”

Having seen the company’s recent striking designs such as the Elantra and Sonata saloons, we believe Hyundai has prepared something special for the next-gen Tucson. The company’s other crossover offerings are not exactly bland either, while the Santa Fe also has an interesting design due to be updated soon. Factor in the funky designs of the Kona and Nexo models and we can all agree Hyundai’s crossovers are anything but bland.

Coming later this year, the overhauled Tucson has already been confirmed to get hybrid and plug-in hybrid powertrains. A warm N Line version already exists in some parts of the world, but Hyundai is reportedly planning a full-fat N model with at least 340 bhp for a 0-62 mph (0-100 km/h) in under six seconds. Needless to say, a potential Tucson N is unlikely to be launched right away, so look for a reveal probably in the second half of 2021 or early 2022. 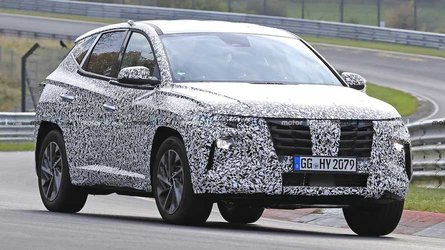 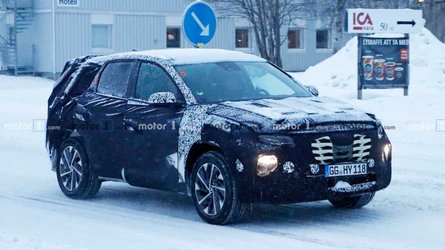