Norris: I won't be someone I'm not when F1 resumes 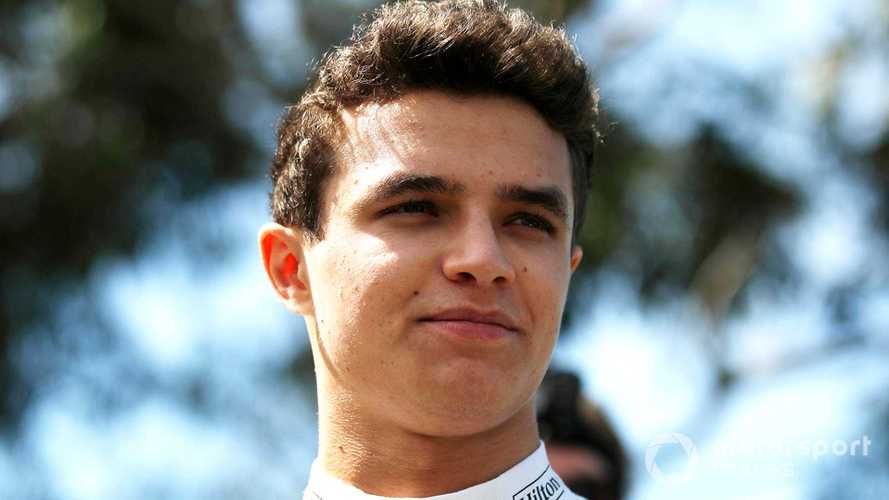 McLaren's Lando Norris says he will not "try and be someone I'm not" when Formula 1 racing resumes, after saying he was at times "too jokey" in his rookie season.

Norris has quickly become known for his humour – particularly on social media, as well as in the grand prix paddock – alongside an apparently easy-going relationship with his teammate, Carlos Sainz.

But he said at the end of his rookie season in 2019, where he finished 11th on 49 points, that "I've been almost been too relaxed and had too much fun", and added that at times he had felt he had been "too jokey".

Norris has gained further fame so far in 2020 with his exploits in Esports, which is having a surge interest as the coronavirus pandemic has led to the suspension of real-world racing, with his Twitch streams of online races – as well as those of other F1 drivers –attracting huge numbers of followers.

When asked if he planned to continue with his intention to be less jokey in 2020 when F1's season does eventually get underway, Norris told Motorsport.com: "Difficult to say.

"Once everything does go back to normal, I'm going have to switch my focus a bit more back to what I need to be doing once we are able to go back to McLaren and start working harder – go on the simulator and [work on] set-up.

"I won't be home as much, I wouldn't be able to stream as much and I'll have to take things a bit more seriously again.

"I'm not going to change; I'm not going to try and be someone I'm not. But I just need to make sure I just say the right things at the right time and not come across basically as someone who's just trying to be be jokey and not taking things seriously.

"I just need to be the same me - I can still make jokes and stuff. But I just need to make sure I'm seen as the guy who's focusing and every now and then makes jokes instead of is always joking and sometimes looks like he's focusing. That's all."

Norris said being seen as a figurehead for the current boom in motorsport Esports interest was "just a bonus".

"It is the only thing going on at the moment – it's the only really interesting thing for a lot of the motorsport fans and people that want to watch racing and watch us drivers," he added. "So then you just get on top of that a bit more interaction with a lot of people - a bit more media and stuff.

"I think it's a good thing not just for myself but for Esports in general, for sim racing. Because I think it's just expanding the racing world – more and more people are getting into it, the numbers are all just getting higher and higher in terms of people participating and everything."

You can read the full interview with Lando Norris in the latest issue of Autosport magazine – available in shops and online (https://www.autosportmedia.com/)