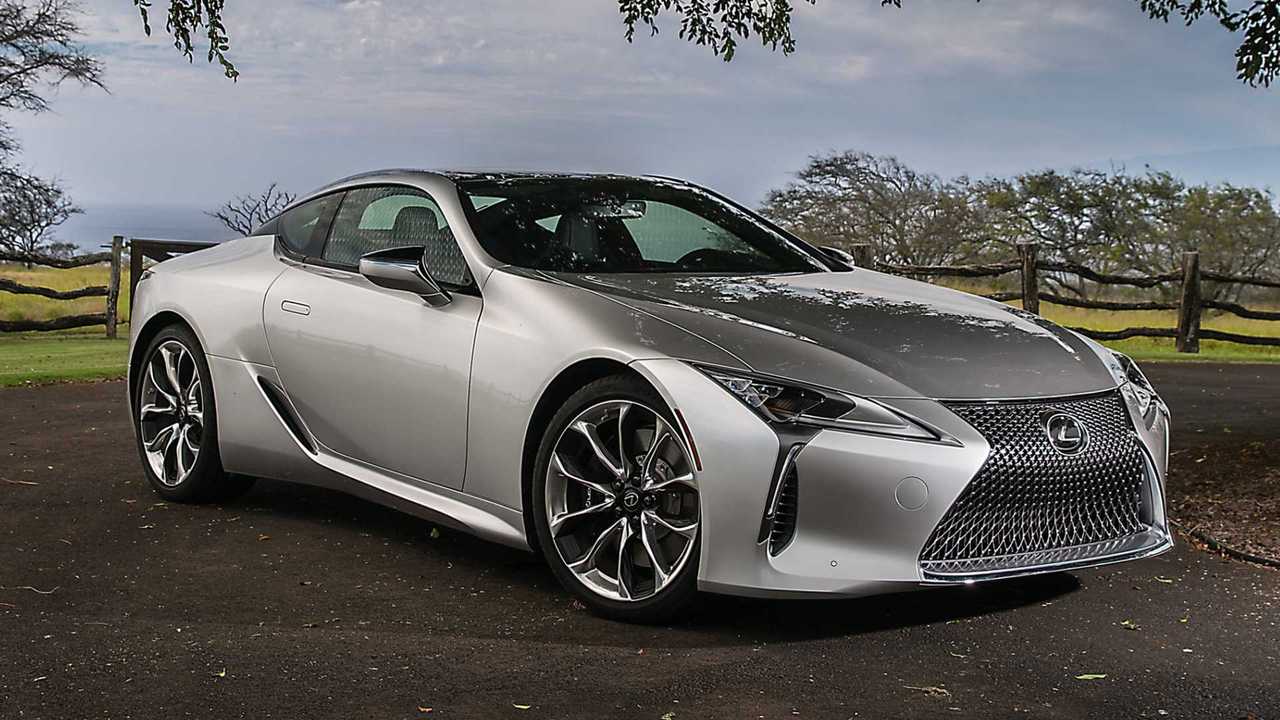 The 2020 model gets new tech and modified suspension.

Lexus has revealed a lightly updated version of its flagship grand tourer, the LC, ahead of the facelifted coupe going on sale later this year. Although the bodywork has changed little, Lexus has been hard at work under the skin, changing the suspension, gearbox and infotainment system.

As before, the LC will be offered with a choice of two engines. There’s a 5-litre V8, dubbed the 500, and a 3.5-litre V6 hybrid that wears the 500h badge. Both are more or less unchanged, with the former producing 464 bhp, while the latter pumps out 354 bhp. However, there are changes to the transmissions, with revised shift timing for the hybrid model and updates for the 10-speed automatic found in the V8.

The biggest changes, though, are found deep in the bowels of the car, where the suspension has undergone a thorough re-work. The use of aluminium has helped shave off a bit of weight, while a new material for the coil springs has helped save a little more. Even the optional 21-inch forged alloy wheels are lighter than before.

In total, that has seen 10 kg cut from the LC’s kerb weight, but the changes have also seen tweaks to the ride and handling. Lexus claims adjustments have seen improvements to the turn-in and more linear steering responses, as well as giving the driver a “stronger feel of the road”.

And if you want to put the hammer down, Lexus has also fitted something called Active Cornering Assist. It’s a function of the stability control system, and it brakes the inside wheels to help the car turn more sharply. That comes in addition to the tweaks made to the power steering, which is now designed to be more feelsome. Lexus has even changed the surface of the brake pedal to create more feel.

Speaking of the interior, there have been changes there, too. Lexus has tweaked the multimedia system so you now get the Apple CarPlay and Android Auto wireless smartphone integration systems. You get a new range of colour schemes, too, allowing you to choose between Flare Red leather, which replaces the old Dark Rose colourway, and Manhattan Orange Alcantara, as well as the more familiar Black and Ochre.

Outside, too, there are new colours, with Blazing Carnelian and Terrane Khaki, which was previously reserved for the LC Limited Edition, joining the line-up. Prices have not been confirmed, but an update is expected at the beginning of next month, with first deliveries scheduled for July.