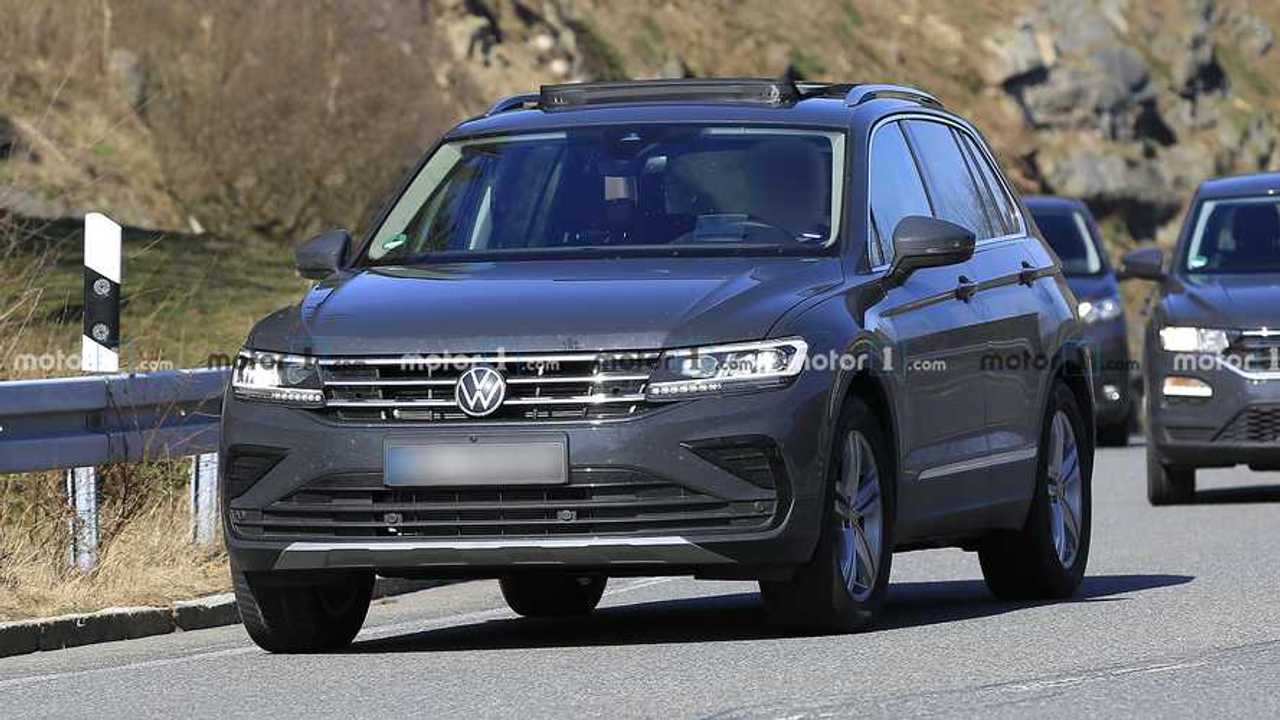 Now, it's just a question of when the official reveal will happen.

New spy photos are in showing the facelifted Volkswagen Tiguan, but there really isn’t much to spy here. The updated front fascia appears completely revealed, unless the corners of the fascia are using fake panels to hide additional changes. The rear also appears fully revealed, showing just some minor stylistic changes to the lower portion of the bumper.

What’s not entirely revealed are the Tiguan’s new lights. They are mostly visible – the front gains fresh LED headlights with LED matrix daytime lamps drawing heavily from the new VW Golf. The actual shape is still obscured slightly with some tape, but it’s not hard to visualize what’s underneath. The same can be said for the rear, which sports updated LED taillights that are also obscured by tape. It’s effective for casual observers who see the Tiguan test vehicle in a fleeting glance, but on camera, we can suss out black strips on the lenses designed to obscure the light pattern.

The minor update will serve to keep the Tiguan current in the exceedingly competitive crossover segment. As such, we expect to see some minor changes for the interior as well. Our spy teams haven’t yet managed a close look inside, but we don’t expect anything earth-shattering to take place. Updated tech for the Tiguan’s infotainment system is a virtual certainty, along with additional safety systems. New trim options are possible, and there’s always the chance we could see a larger infotainment screen. Powertrain options will likely carry over, though we’ve heard the 1.5-litre engine with mild-hybrid tech from the Golf could join the party.

With coronavirus changing virtually every aspect of life around the world right now, it’s hard to say when an official reveal could happen. Under normal circumstances, we’d say it should debut sometime in the summer. A safer estimate at this time, however, is simply sometime before the end of the year.