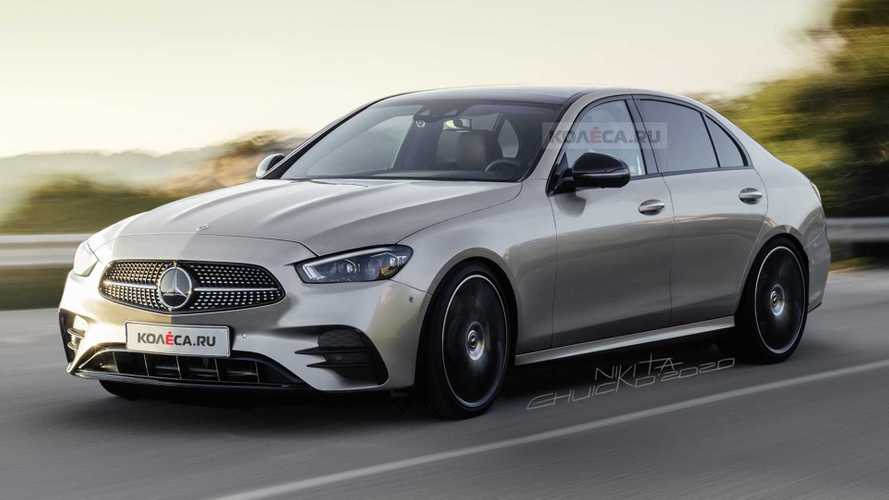 Mercedes' best-selling car is bound to go through some significant changes.

The current-generation Mercedes C-Class was introduced a little over six years ago as the first car to ride on the Modular Rear Architecture that brought a significant weight loss of around 100 kilograms compared to its predecessor. The upcoming W206 will further tweak the MRA recipe to improve packaging and likely lose further fat as a result of making more extensive use of lightweight materials.

Much like the hardware will be a natural evolution of today’s underpinnings, so will the exterior design. We’ve seen our fair share of prototypes with the luxury saloon, and they all gave us the impression the next C-Class will add a bit of sophistication to the current design. Having seen the A-Class Saloon and the recently facelifted E-Class, we don’t need a crystal ball to get an idea of how the styling will be refreshed for the model that slots between them in Mercedes’ vast lineup.

What the adjacent renderings are not showing is the interior, but the spy video attached at the bottom gives us a clue about how the dashboard will be transformed for the next-generation model. The current model got the fully digital instrument cluster with the mid-cycle update, so it’s not all that surprising the prototype didn’t have any physical dials. However, the screen enclosure is different and more in line with those of its bigger saloon siblings.

Even though the dashboard remains mostly covered under a large piece of fabric, you can tell the infotainment system no longer sticks out like a sore thumb. That’s because the tablet will be replaced by a touchscreen mounted lower in the centre console and said to have a much larger diagonal. The new S-Class coming later this year will usher in the drastic layout change, which was previewed by Mercedes last September with the Vision EQS.

Next Mercedes-AMG C-Class Saloon caught for the first time?
⠀

Expect an assortment of electrified engines as Mercedes is one of the few – but not the first –automakers to have developed diesel-electric hybrid powertrains for European markets. Not only that, but even the top-dog C63 is rumoured to be a hybrid, with a report indicating the V8 will be dropped for a four-cylinder with electric assistance.

It’s a bit tricky to say when the W206 will premiere due to the crisis caused by the coronavirus pandemic, but it will take a while considering Mercedes will first unveil the revamped S-Class.