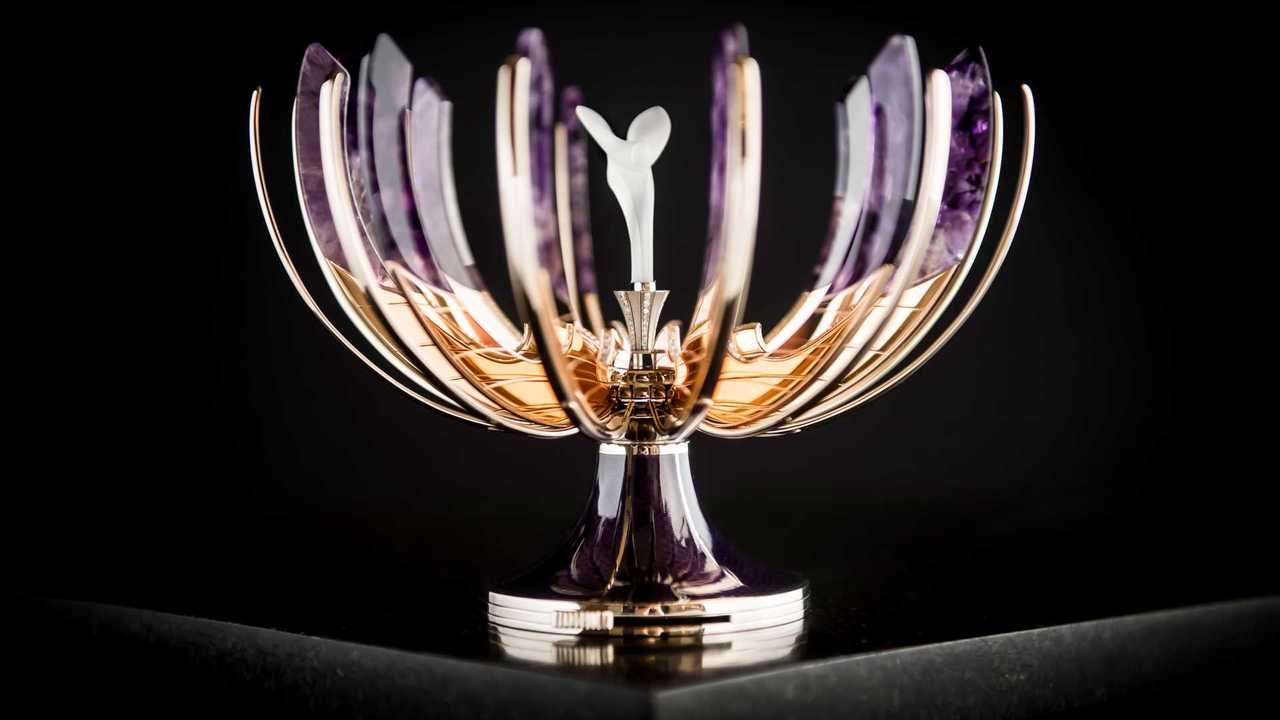 The unique objet d’art was created for a collector.

Rolls-Royce is the epitome of excess, and what better way to show that then with newly-released pictures of a Spirit of Ecstasy Fabergé Egg, a definitely not chocolate tribute to the iconic symbol of the carmaker.

In 2018, Fabergé and Rolls-Royce joined forces to produce contemporary take on the famed Imperial Eggs.

The unique objet d’art was created for a collector of both Fabergé pieces and Rolls-Royce cars, and is only the second object to be commissioned in the Imperial Class since the fall of the Romanovs over 100 years ago. The category reserved for Fabergé’s most illustrious creations and the Spirit of Ecstasy Fabergé Egg reflects that with extraordinary attention to detail and craftsmanship.

Rolls-Royce Ghost feels calm even when pushed at the Nurburgring

Designed by Rolls-Royce but made by Fabergé, the Spirit of Ecstasy egg stands at 16 cm high, weighs 400g, and sits on an engine-turned, hand-engraved, purple enamel guilloché base of 18-carat white gold.

The egg features arms of rose gold shrouding the egg which can be opened by a discreet to reveal a hand-sculpted frosted rock crystal Spirit of Ecstasy figurine. The mechanism to open the shell is believed to be the most complicated ever created for a Fabergé Egg.

The egg's rose gold vanes are embellished with nearly 10 carats of round white diamonds, and wrap around 390 carats of natural amethyst that was specially selected for its colour saturation and quality.

It was first shown at the House of Rolls-Royce in Goodwood, West Sussex, England, to a select few people in October 2018, before going on public display at Fabergé’s premises in London’s Mayfair.

Many of theoriginal Imperial Eggs were lost following the Revolution of 1917, with the surviving items now among the most coveted and valuable items ever. The Third Imperial Fabergé Egg from 1887 sold at auction in London for a reputed $33 million (approx. £26.4 million) in 2014.