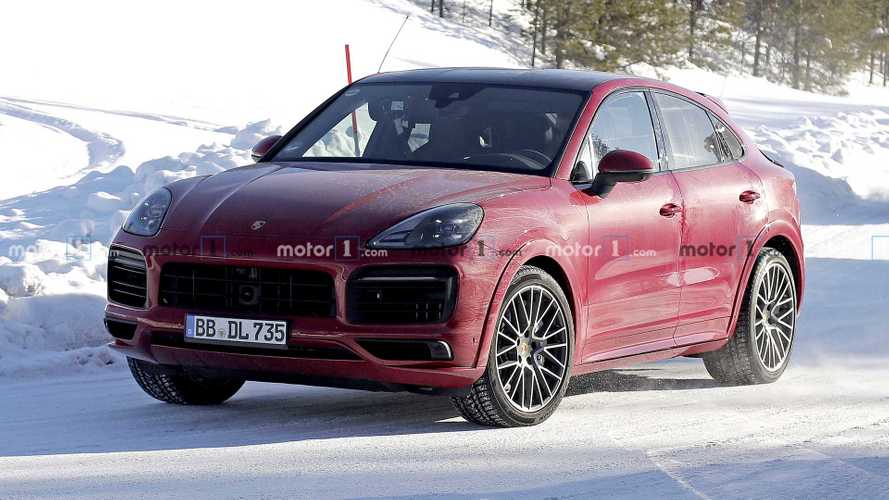 As they say, variety is the spice of life.

The Porsche Cayenne lineup isn’t as vast as the 911’s, but it’s getting there. The not-a-coupe version of the company’s larger SUV has been spotted repeatedly testing in an unknown specification, and now our spies have sent us a fresh batch with more than 40 images depicting two prototypes.

While the test vehicles look just about the same as the Cayenne Coupe you’ll find at a Porsche dealer near you, there is a major change noticeable at the rear.

It’s difficult to pinpoint the model’s identity for the time being but some are suggesting it’s the Cayenne equivalent of the 911 GTS while others are sure it’s a new range topper. The newly developed exhaust system with the dual tips sitting quite close to one another is the main reason why there are voices saying the SUV is getting the GTS treatment, but there’s no way of knowing that for sure at the moment.

Interestingly, you’ll observe Porsche didn’t bother to remove the old exhaust finishers mounted near the corners of the bumpers, but you can easily see they’re blocked by pieces of plastic, meaning they are not actually connected to the actual exhaust.

What if this is actually a future flagship version after all? Porsche is allegedly working on a new top model for the Panamera lineup – codenamed “Lion” – with as much as 820 bhp to take on the upcoming Mercedes-AMG GT 73. It would make sense for the Cayenne SUVs to get the high-power treatment as well for a new member to slot above the already potent 670-bhp Turbo S E-Hybrid.

See the other spy shots:

It’s either one of the two to boost the Cayenne Coupe portfolio furthermore, and maybe the regular Cayenne’s lineup as well for those who are not fans of more expensive derivate with the sloping roofline. Come to think of it, perhaps we shouldn’t exclude the possibility of this being merely an optional sport exhaust system the peeps from Zuffenhausen will offer on some versions of the big SUV.