The GT-R holds its own against more modern machines.

The Nissan GT-R is an old man by sports car standards by dating back to a premiere at the 2007 Tokyo Motor Show, but incremental updates over the years have kept the vehicle very competitive in the segment. Do you want proof? Check out this four-way drag race between a 992-generation Porsche 911 Carrera 4S, Audi R8 Performance, BMW M850i, and a GT-R Nismo.

The first challenge is a quarter-mile run from a standing start. The Audi and Porsche are side-by-side off the line. The Nissan makes a push late in the race, though. At the finish line, the R8 takes the victory, but the GT-R takes second. The 911 nips at its toes just a tenth of a second behind. The M850i is a distant fourth.

Next, they do a rolling race from 50 miles per hour (80 kilometres per hour). The R8 and GT-R jump ahead and walk away from the other two. The GT-R eventually rolls into the lead to take the win.

Finally, there's a braking test from 70 mph (113 kph). When they stop, the 911 has the shortest distance, but the R8 is just inches ahead. The GT-R and M850i require much longer distances to come to a halt. 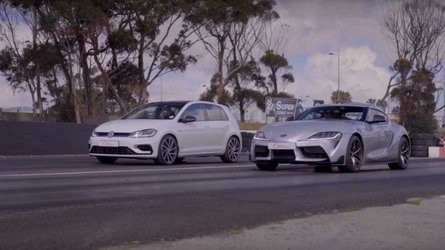 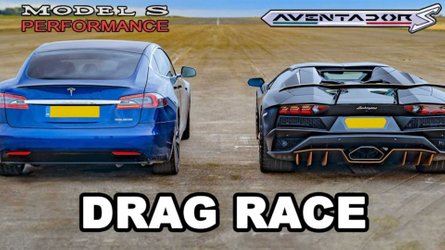 Nissan execs have hinted at working on a new GT-R and a replacement for the similarly old 370Z. However, the company has yet indicated an arrival date for either of them.

A new generation of the R8 is also on the way and probably coming much sooner than a GT-R replacement. Audi intends to give the new supercar an electrified powertrain and possibly even a full EV setup.