Land Rover can, but won’t go after Jeep Gladiator with Defender pickup 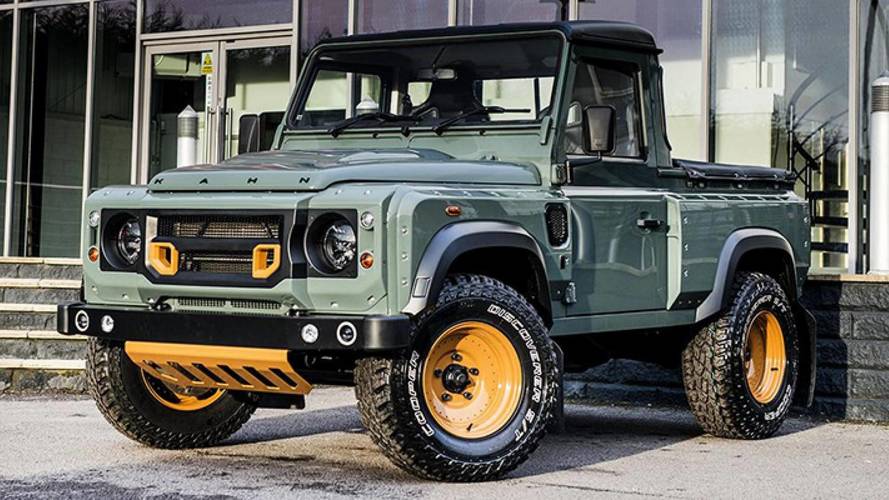 And the reason for that is pretty simple.

There were rumours that Land Rover could build a pickup based on the new Defender but back in November last year, those speculations were smashed by a high-level insider from the company. The unnamed source said back then that the new five-door Defender is already quite practical and is essentially “a ute with a roof.”

A new report from Autocar reaffirms the British manufacturer’s plans to ditch the idea of a Defender truck. According to the publication, a five-door pickup is “technically possible” on the D7x platform but it doesn’t make business sense because Land Rover is not an expert in the commercial pickup truck market.

That doesn’t mean the automaker is not considering further additions to the new Defender’s lineup and it is believed a smaller, baby Defender, plus a Defender 90 commercial could be in the cards. Also, previously leaked documents revealed that, in addition to the 90 and 110, Land Rover intends to launch a bigger 130 version. The increased size of the off-roader would reportedly allow for seating for up to eight occupants.

Land Rover rumoured to be working on smaller Defender model

Another important addition to the Defender’s range would be a plug-in hybrid powertrain. Also, over-the-air software upgrades will let the company upgrade the multiple ECUs so that the crossover's abilities can remain at the cutting edge.

The new Defender launches in the United Kingdom this spring in a Defender 110 four-door flavour kicking off at £45,240. Just a few months later, the two-door Defender 90 will also go on sale as a First Edition launch model with a starting price of £40,290.