Norris: Reverse Silverstone layout would be cool but tricky 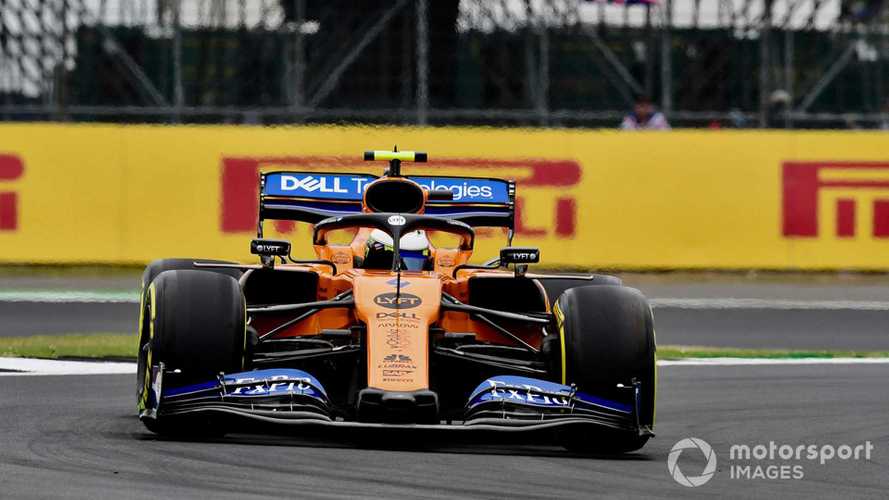 Lando Norris says the idea of reversing Silverstone to add more events to the shortened 2020 Formula 1 calendar is a “great opportunity”, even if the alternate layout looks “tricky”.

Last week, Silverstone boss Stuart Pringle told Sky Sports that the circuit was opening to running multiple races and “nothing's off the table” regarding different layouts, if there was a chance to help F1 add events back to the current schedule, which has been delayed by the coronavirus pandemic.

In response to a story containing Pringle’s words, Norris tweeted "Reverse Silverstone! OMG yessssssssss" and told Motorsport.com that he’s “actually been thinking about it and saw an onboard from someone who tried it in reverse and it looks different, it looks quite tricky”.

The McLaren driver continued: “So you're going to Becketts, Maggotts [with the track] in reverse. But it looks tricky and different. I don't know what and how it would play into the racing and stuff because you have quite a few high-speed corners, which lead on to the straights, rather than slow speed corners.

“So it might be a bit tricky to overtake or it may be easy - I'm not too sure. But it would be cool.

“I think it's more the fact of having hopefully some more British grands prix, maybe get more races at home – it's better for all of us within McLaren and of course myself to have more home races in a way.   And for the British fans, I think they would love a bit more.

“So yeah, I'm up for it if F1 would allow it and Silverstone can do it – then I think that's a great opportunity.”

When asked about the possibility of running more F1 tracks the other way around, Norris said: “I don't think you can run all of them in reverse.

“Some are designed in terms of safety to running one way, you know, and you'll have a long straight which leads into a tight hairpin which won't have any runoff, because it's just not designed to go that way.

“But when we think about Silverstone, in a way – I don't know if there will be some things that need to change – but everything kind of goes together a bit more, and it has the runoff and the space kind of available to be able to do it.

“So, yeah, I think then it's possible and for some other tracks they'll be impossible. Some are designed to go one specific way, and therefore you can't do all tracks in reverse.”

You can read the full interview with Lando Norris in Autosport magazine from Thursday April 9 – available in shops and online.

Check out our reverse lap of Silverstone in F1 2019