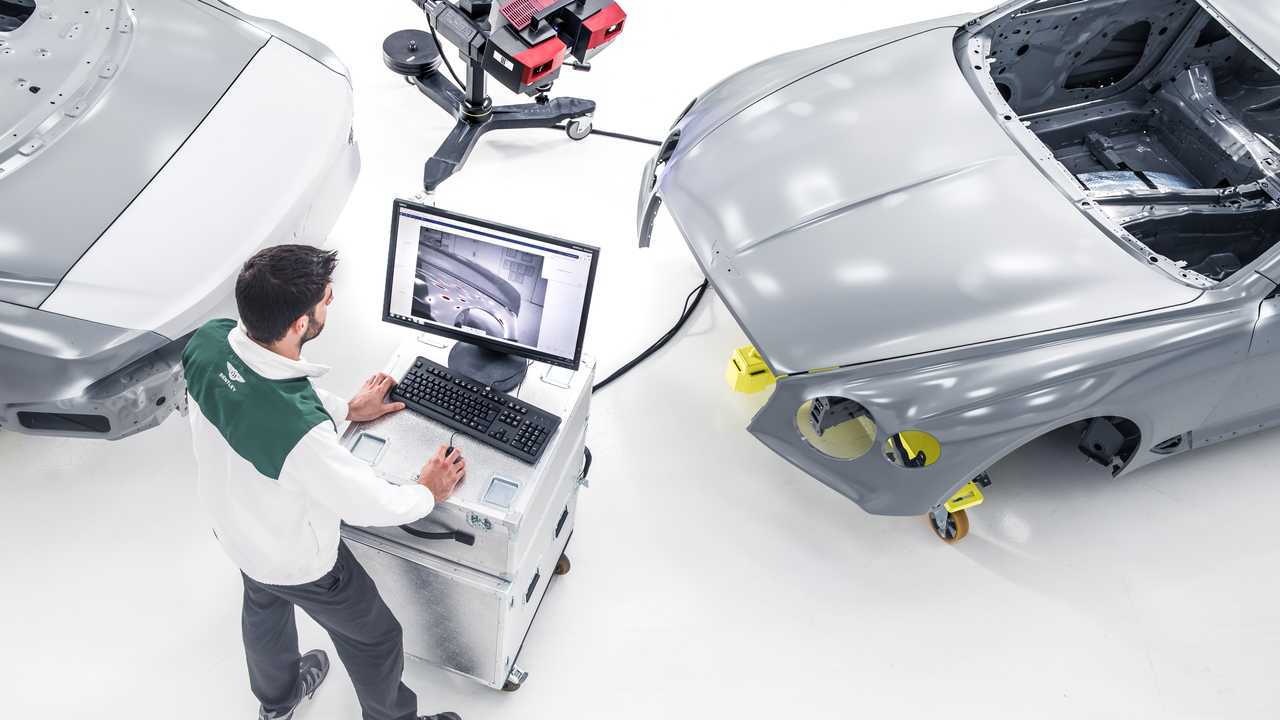 The unseen heroes of Bentley's factory.

Bentley's Crewe factory has a workshop, closed off to visitors, that is home to some spaceage technology where the carmaker's head of metrology Michael Stockdale and 25 others measure every part of a Bentley to the highest standards of precision.

Each component of every Bentley car is made to perfection and Stockdale and his team measure each component from the smallest washer to body panels and interior trim to ensure that no component keeps within close tolerances. For example, to ensure that it sits perfectly centred within its plinth, elements of the famed Flying B emblem have tolerances as low as 0.15 millimetres.

In fact, Bentley can work to tolerances finer than a single red blood cell. A key example being the crankshaft at the heart of Bentley’s 6.0-litre W12 engine, the most advanced 12-cylinder engine in the world, which features minute grooves that hold a microscopic film of oil.

They use a high accuracy Perthometer (a tool designed to measure surface finishes) to verify that those minute grooves are within their defined tolerances, which helps each W12 engine produce the power and the durability expected from customers.

"We have the tools to measure everything from the graining of leather to the surface of a cylinder bore, down to fractions of a micron," Stockdale said.

After being measured individually, the components are again measured as sub-assemblies and again as part of the finished vehicle to ensure perfection.

It's not just individual components that get measured, but entire cars too. The department has 'cubing' reference vehicles – an entire vehicle body machined out of solid aluminium that acts as a template against which panels and interior components are measured.  They allow every millimetre of its body to be scanned to create a complete and precise map of the car which is used to compare against finished cars.

"Imagine an issue at the prototype stage where the panel gap between grille and bonnet is a millimetre too large," Stockdale said. "Does the fault lie with the grille, or the bonnet? The cubing reference vehicle provides the answer, because it’s made to the precise dimensions of the CAD data."

Materials like leather can't be measured by a tactile device though, because to touch the surface would distort the reading. In cases like that, an optical laser scanner is used instead.

The department, which is kept at a steady 20 degrees Celsius at all times, will never be seen by customers or visitors to the factory, making those that work in Bentley's metrology team 'hidden heroes' in the production of their exquisite machines.