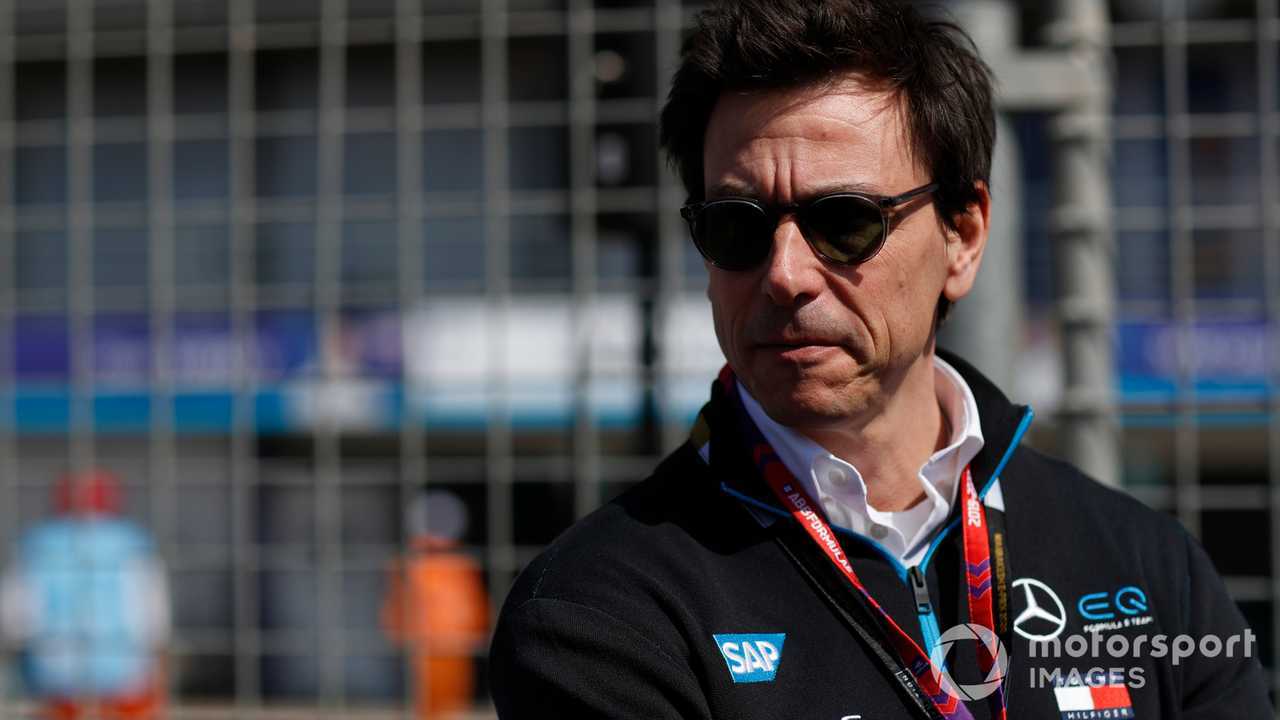 Toto Wolff has dismissed talk that he will have a formal role or 'strategic' stake in Aston Martin, even though he could make a personal financial investment in the British sportscar manufacturer.

The Mercedes motorsport boss's future has been the subject of intense speculation for months, with his current contract running out at the end of 2020.

Last year he emerged as a candidate to potentially replace Chase Carey as the boss of F1, while more recently he has been linked with opportunities at Aston Martin.

While it is understood a personal financial investment in Aston Martin could be on the cards, he is clear that his focus is on sorting out a new deal to remain at Mercedes.

Speaking to Austrian daily newspaper Osterreich, Wolff said that the impact of the coronavirus pandemic had put a halt to talks with his bosses about his future.

But, despite expressing some unease about unidentified developments in F1, he said that he was all set to stay where he is.

"I'm in the eighth year now," he said. "I love sports and this team. However, I am somewhat surprised by the turn of events over the winter and by the behaviour of individual people.

"Of course, this also has to do with my decision on what to do in 2020 and beyond. But I am and will remain the head of Mercedes Motorsport and F1 boss, and nothing will change in the short term."

Asked about the speculation over his Mercedes future, Wolff said: "In most stories that could be read about it, people added up 1 + 1 and turned it into 3.

"What is my current status? My participation in Mercedes is solid, my contract runs until the end of 2020, and we are still in good discussions about what we want to do together.

"We are discussing. But all of this has been pushed into the background by Corona. We all have bigger problems to solve now - human problems in our companies."

Wolff is a good friend with Aston Martin executive chairman Lawrence Stroll and, although a personal financial investment in the company is possible, he is clear that there is no intention to do anything else.

"Stroll and his team are a big customer of our racing team," he said. "They purchase engines, gearboxes and suspension parts from Mercedes.

"In addition, Lawrence has been a good friend of mine for many years - regardless of our business relationships."