It’s reportedly going to allow for even quicker starts by adjusting the damping, front ride height and power delivery.

Tesla is apparently going to change the Launch Mode feature that will really alter the way cars equipped with the air suspension (Model S and Model X) take off from standstill. According to @greentheonly who tweeted and broke the news about this, cars will apparently lower the front ride height and adjust damping to get the best possible start - this is reportedly going to be called the 'cheetah stance.'

He doesn’t go into much detail, though; check out the tweet in its entirety below

Altering the suspension to make the most of available traction is nothing new and it can even be traced back to the Ferrari Enzo supercar which stiffened its rear suspension for a fraction of a second just before and during a gear change in order for it to not destabilise the car. But since Teslas don’t have gears, what this new launch mode will is keep the front axle as planted as possible.

Whenever you do a hard launch in any car, the centre of gravity is shifted rearward, and the front wheels have a tendency to lift off the ground. They don’t actually come off the ground in road cars, but they do for specialised machines such as dragsters. 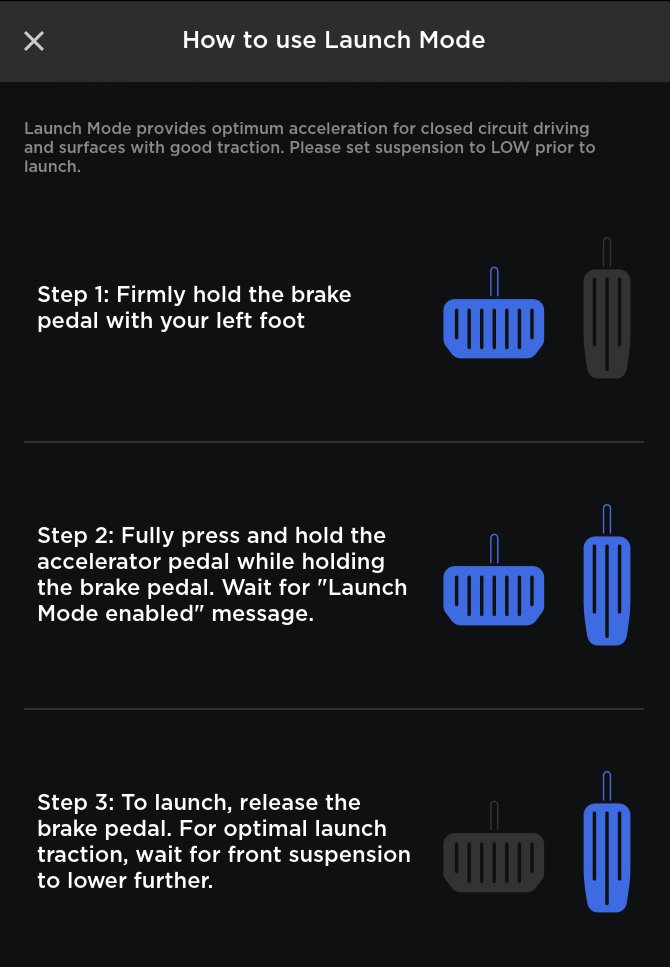 We suspect that aside from lowering the front suspension, this revised Launch Mode will also stiffen the rear suspension in preparation for launch. This will further help to keep the front axle as planted as possible.