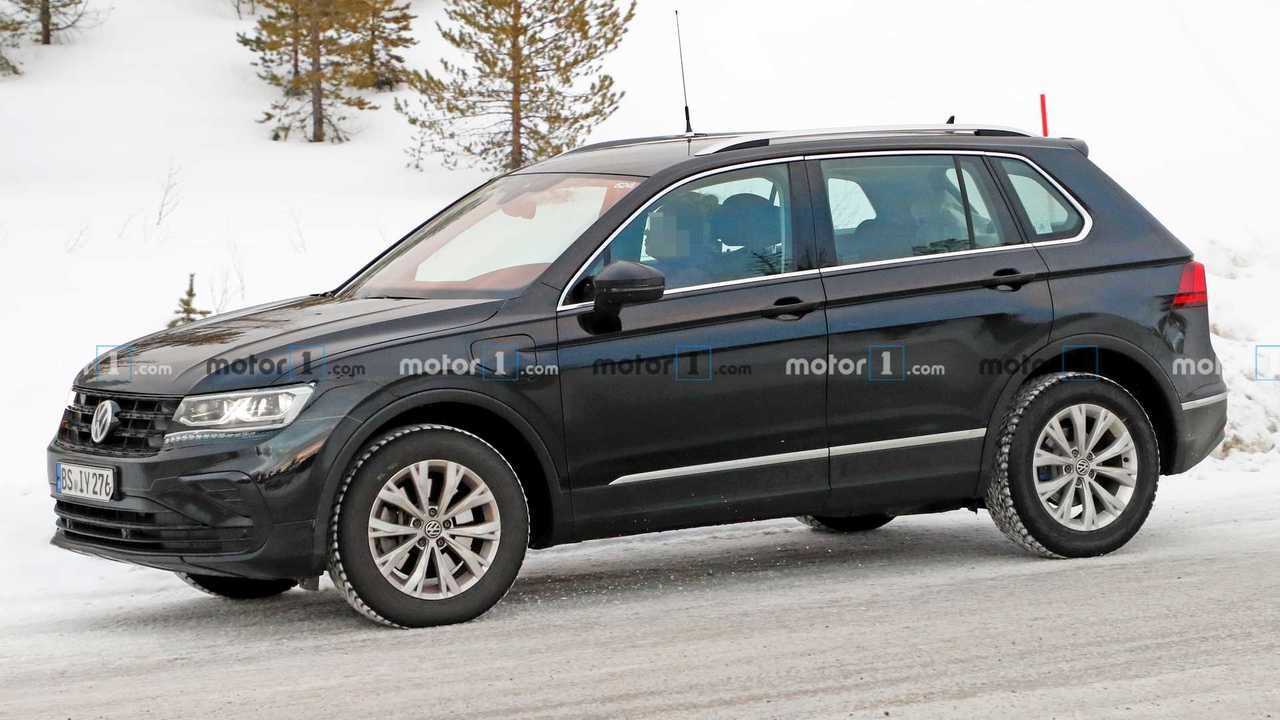 The electrified version will debut with the crossover's mid-cycle update.

September 14, 2015 – that’s when Volkswagen unveiled the Tiguan GTE concept at the Frankfurt Motor Show. Better late than never, VW announced a production version only yesterday, and now new spy shots of the electrified crossover have arrived ahead of an official premiere scheduled for later this year.

We’ve seen prototypes of the plug-in hybrid version before, but that was in early March 2018 when the company was likely testing the powertrain for what was to become the Tiguan L PHEV launched in China last year.

Europe is finally about to get the Tiguan GTE and logic tells us it will be based on the upcoming mid-cycle facelift the compact crossover is set to receive. Our spy shots are showing a camouflaged prototype with stickers applied onto the headlights to hide the new design expected to take after the Golf 8. It’s the same story at the back where the taillights might look like the current ones, but you’re actually looking at stickers slapped onto the actual clusters. The front bumper is also wearing some makeup and there seems to be something off with the grille, so expect the production model to look much better.

How do we know it’s the GTE and not just an ordinary Tiguan facelift? Just take a look at the front wing on the driver’s side where a cap conceals the charging port. It appears to have just about the same size and shape as it does on the new Golf GTE, which isn’t really all that surprising since the two are mechanically related.

VW hasn’t said whether the electrified Tiguan will take after the Golf GTE or the Passat GTE, but both have a 1.4-litre turbocharged petrol engine working with an electric motor, a six-speed dual-clutch automatic transmission, and a 13-kWh battery pack. The hatchback offers a combined 241 bhp whereas the larger saloon and estate duo have 215 bhp, with all offering 295 pound-feet of torque.

Is the next-gen VW Tiguan this mysterious red crossover?

To get an idea about the Tiguan GTE’s electric range, the Golf GTE covers around 37 miles whereas the Passat saloon can travel for 35 miles without sipping any fuel. All range numbers are based on the WLTP cycle. It’s worth mentioning VW is also selling in Europe a non-GTE Golf plug-in hybrid with the same 13-kWh battery and 37 miles of range, but the power dialed down to 201 bhp or 40 bhp less than the GTE.

The Tiguan facelift will premiere later this year when VW will broaden the model’s lineup furthermore with the launch of a high-performance R model they’ve been testing for several years.