New BMW 2 Series Active Tourer spied inside and out 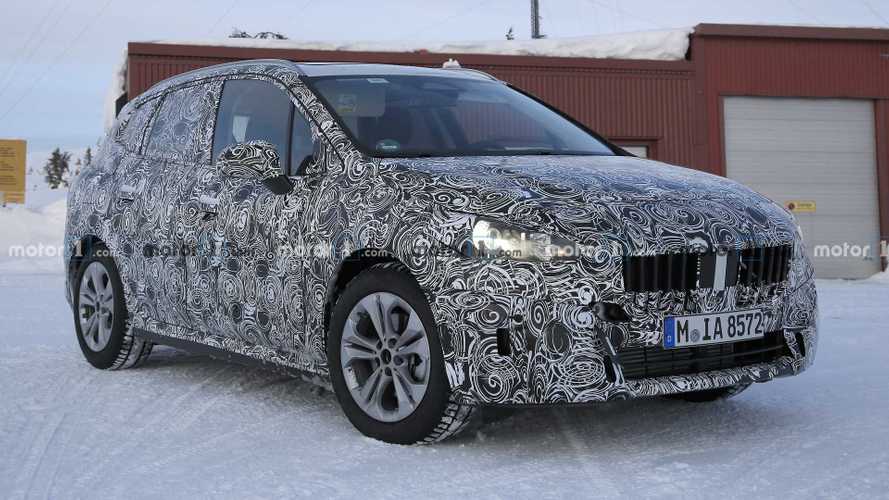 The BMW of MPVs is getting a new generation, but it might come only with five seats.

You’d think that the SUV craze would put an end to the luxury minivan niche, but that’s not the case. Mercedes launched a third generation of the B-Class in 2018, Lexus introduced the LM last year, and Buick just unveiled a four-seat version of its GL8 Avenir in China.

BMW is also confident there’s still enough market demand to justify the efforts to develop and build a second generation of its Active Tourer, the company’s original front-wheel-drive car.

A heavily camouflaged prototype was spotted by our spies near the Arctic Circle and they were also able to take a peek inside. However, the cabin was dressed in camouflage all over the place, with only the steering wheel, seats, and the window switches exposed. Our spies are telling us the vehicle had roughly the same size as today’s MPV, but they noticed the wheelbase was perhaps slightly longer.

That would make sense because there are rumours BMW is going to axe the larger seven-seat Gran Tourer model, so giving the five-seat a bit more space would come in handy. Mercedes doesn’t sell a seven-seat B-Class either, although it does offer an indirect alternative with the three-row GLB. Despite the heavy camo, we’re tempted to believe the new 2 Series Active Tourer will be easier on the eyes, although we’re concerned about the size of the grille. The vertical slats look rather tall if you take into account what’s hiding underneath the disguise, but the kidneys should still be less polarizing than those of the next 4 Series.

There’s not much mystery surrounding the hardware as the new BMW minivan should have a lot in common with the 1 Series hatchback and the mechanically related 2 Series Gran Coupe as they all sit on the same front-wheel-drive-based FAAR platform. Expect an assortment of three- and four-cylinder engines and xDrive for the higher-end trim levels.

Don’t expect to see the new generation anytime soon as although the prototype does seem to have the production body panels, those don’t look like the final headlights and taillights – at least on one of the test vehicles. The interior probably still needs some work here and there, so our money is on a late 2020 reveal or perhaps even later in 2021.