Is the next-gen VW Tiguan this mysterious red crossover? 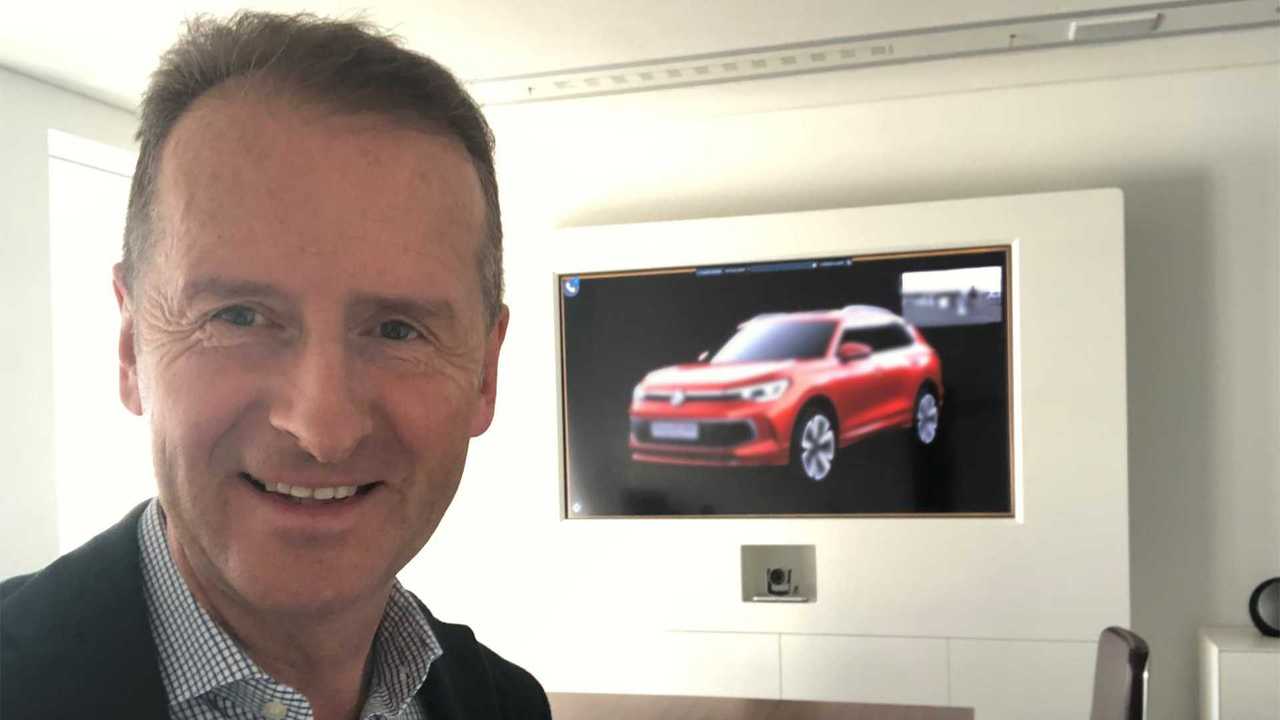 The coronavirus is changing how much of the world works right now, including the auto industry, as designers, engineers, and managers begin working from home. That includes Volkswagen, which is continuing to develop new vehicles.

VW boss Herbert Diess shared on LinkedIn how the company is adapting, announcing the company approved a vehicle design direction online for the first time. Included with the post was a picture of Diess with a blurred video screen in the background showing a nondescript red crossover that looks a lot like a promising VW Tiguan successor.

Adding fuel to the speculative fire is Diess' own words in the post. He writes that the design of the new Tiguan is "Very convincing for me," adding, "Our currently best-selling model in the group is getting an attractive successor." The red crossover in the photo certainly has the right proportions to be a Tiguan successor. Right now, VW is finalising the development of the 2021 Tiguan, which is just a facelift of the current model, so we shouldn't be seeing the next-gen Tiguan for several more years.

What's next for the Tiguan:

Then again, this could be one of the unapproved designs that Diess is using as a pleasant background. It seems hard to believe Diess would accidentally leak the next-gen Tiguan years before we even see test vehicles out on the road. And we know automakers often sift through several different proposed designs before agreeing on a final one, discarding the others.

We won't see the next-generation Tiguan for several more years. VW still must reveal the facelifted Tiguan that's set to arrive for the 2021 model year. It wears a modest update, refining the current gen's design. We're also expecting a hotter Tiguan R to arrive before the next-gen model arrives.

Thanks, Matt, for the tip!