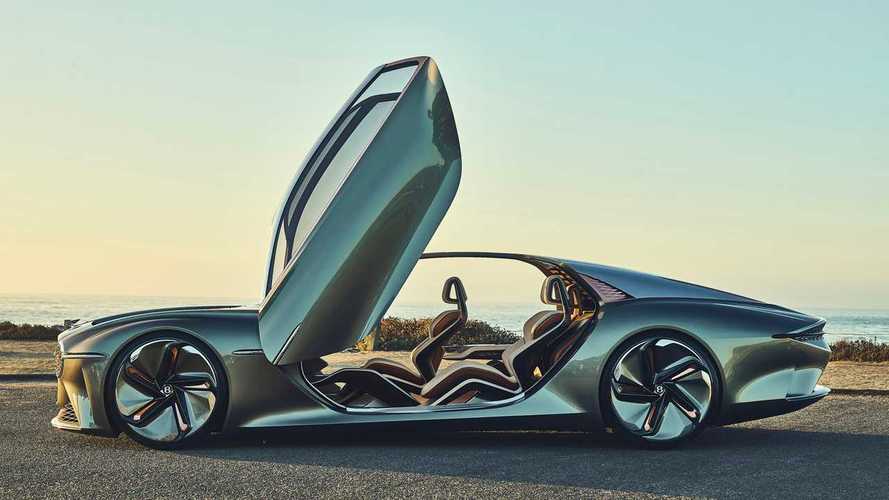 It’s apparently going to be a high-riding saloon with a target range of 300-350 miles.

Bentley won’t adopt the same strategy as many automakers have in creating their first EVs. Most decided to make their first series electric model an SUV, in order to capitalise on the demand for that style of vehicle, yet Bentley intends to stick with tradition and make its first EV a saloon (with a twist).

Since like all modern EVs, it will house its battery pack in the floor, the intention, according to Autocar, is to make it a slightly higher riding saloon. This will not only allow for ample space inside (and not push occupants' knees up uncomfortably high), but it will also slightly improve the car’s off-road credentials, although this is clearly not a prime concerns for those working on the model.

The automaker argues that making an SUV will result in it being inherently less efficient and thus not be able to travel as long on a single charge. According to the source, the Bentley EV will be similar to the Jaguar I-Pace, but more extreme (and luxurious, obviously).

Bentley Centanne render is the electric shooting brake of the future

And this style of vehicle (something in between regular cars and SUVs) will also be adopted by other manufacturers. Jaguar’s upcoming J-Pace model, for instance, as well as the model we currently know as the ‘Road Rover,’ a Range Rover EV destined to be driven mostly on tarmac.

The electric Bentley is expected to debut sometime around the middle of this decade, and the automaker says battery tech will have evolved by then to a point where it will be able to offer a vehicle with 300 to 350 miles of range.

The source quotes Adrian Hallmark, the CEO of Bentley, as saying

'If we’re to launch an electric car in the mid-2020s, then it either needs to be smaller than today’s cars or the same size but not as upright, and smaller isn’t an appealing solution, as it implies a lower price segment. The prediction is battery technology will have moved forward again by that date and that will put us at the edge of what we think we need to give customers: 300-350 miles of range, or enough to cruise at a 65mph average for five hours.'

'We need to be looking at how we can deliver slippier cars with a profile that gets the most out of it aerodynamically in order to deliver on that promise. Sure, today in a GT, you can hit 207mph, but that doesn’t mean very many of our customers drive around at that speed very often, if at all. We’re not a brand that is in any way defined by offering hypercar or supercar performance. Bentley has very little to fear from an electric future, in fact, many of the facets of electrification are what define Bentley.'

Hallmark also pointed out that Bentley is very keen to see solid state batteries become a viable means to store energy for EVs. In regards to them, he says

'Of course, they will initially be at the top end of the price scale, but which car maker within the [Volkswagen] Group is best placed with customers to carry that cost? I very much hope that Bentley can be at the vanguard of that and it seems logical that we should be.'

The automaker seems set to offer an EV within the next five years, but until then, the immediate step is to offer hybrid versions of all its current models by the year 2023. Hallmark concluded that

'For 100 years, we’ve tried to make engines bigger and more powerful. For the next 10 years, we’re going to try to make them disappear.'