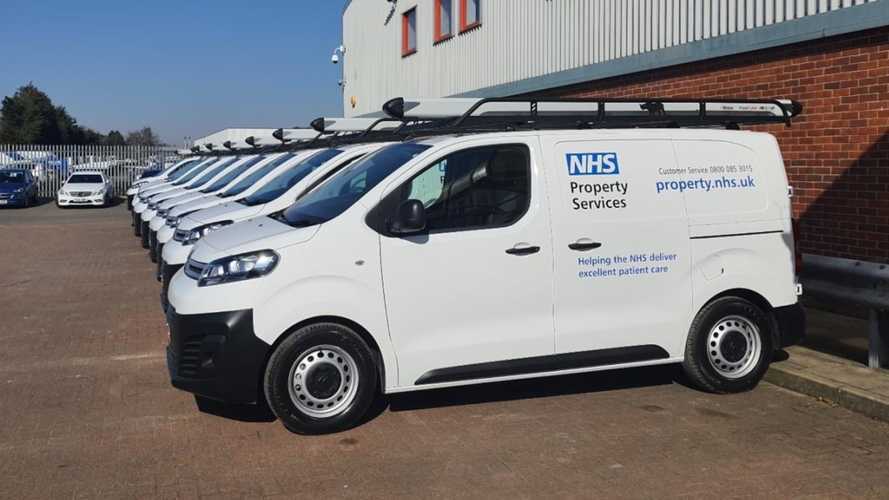 The vans are part of a 200-vehicle order.

Citroen has delivered an extra 70 vans to the NHS facilities management division as the health service battles the coronavirus pandemic. NHS Property Services, which owns and manages more than 3,000 NHS facilities, will distribute the vans across the country to help maintain and repair premises.

The delivery comes as the country continues its lockdown, which is designed to help slow the spread of the virus. Since March 23, citizens have been urged to stay at home for all but essential activities, such as shopping or exercising.

The virus is expected to place particular strain on the NHS, which has already carried out more than 163,000 tests, of which almost 34,000 were positive. Those figures, correct as of 9am on April 2, stand alongside a death toll of 2,921, as of 5pm on April 1. These figures do not include deaths outside hospitals, such as those in care homes, so the true number may be higher.

More on the car industry's contribution to the NHS:

MG donates up to 100 electric cars for NHS staff use

As a result, the government has already commissioned a clutch of new ‘Nightingale’ emergency hospitals, including one at the ExCeL exhibition centre in London’s Docklands. That single temporary hospital will treat up to 4,000 patients.

The new selection of vans is expected to play a key role in helping the NHS through this incredibly busy period. Because of that, Citroen van dealer John Grose, of Ipswich, had to prepare the vehicles quickly despite reduced staffing levels.

The 70 vehicles join an earlier batch of 29 vehicles handed over earlier this year, and form part of a larger order for 200 vehicles. The new batch, ordered by Knowles Associates on behalf of NHS Property Services to support a new maintenance support contract, consists mostly of Citroen Dispatch vans in BlueHDi 100 XS Enterprise guise.

With demand on the NHS expected to reach record levels, the first vehicles have already been pressed into action up and down the country. They join a fleet of more than 300 Citroen commercial vehicles supplied to NHS Property Services in 2019.

Graham Smales, the corporate sales manager for the UK at Citroen’s owner, Groupe PSA, said the company was proud its vans were playing such a crucial role with the country in crisis.

“NHS Property Services is a valued customer of the Citroen brand and I am proud that we have been able to support the critical work being done by NHS Property Services at this time, with a rapid supply of vans,” he said. “I would also like to take this opportunity to thank all parties involved in getting the vehicles turned around so quickly, including the racking and sign writing providers as well as the teams at Knowles Associates, Alphabet and LeasePlan, most notably though, the team at John Grose Citroen who prepared the vehicles in record time and on reduced staffing levels.”