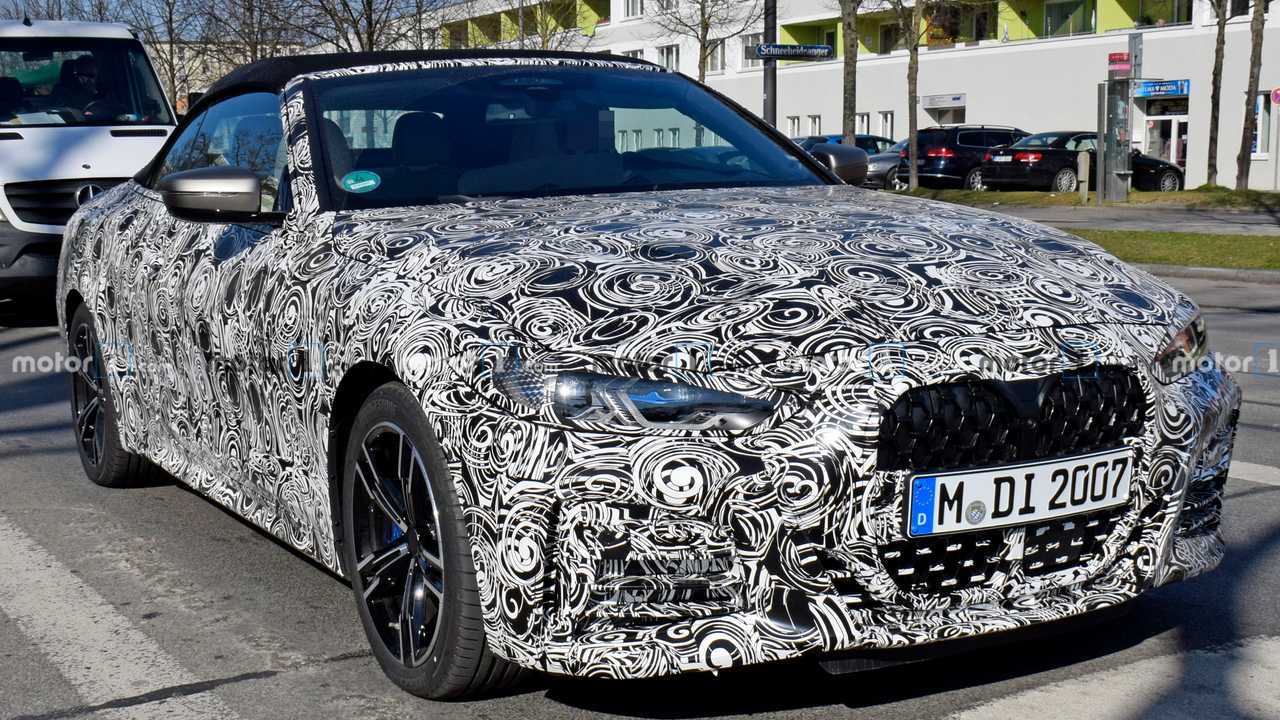 Yes, we saw the grille.

The next-generation BMW 4 Series Convertible is back in a fresh set of spy shots taken on public roads in Germany. Bavaria’s new open-top performance model is finally unveiling more details of its design and we can all but confirm it will get a massive kidney grille at the front.

Despite the concealment covering the front fascia, you can clearly see the shape and size of the radiator grille. This prototype finally reveals the pattern of the lower section of the grille and it seems to be flowing nicely with the surrounding air intakes. The jury is still out on whether the design will mimic the Concept 4 entirely but that seems to be the case at this point.

The new convertible will switch to a fabric roof replacing the previous model’s foldable hardtop. This move could have a positive impact on the cargo area and the rear legroom, which are both not that great in four-seater convertibles. Also, look for a healthy weight diet enabled by the much lighter soft top.

Underneath the skin, the cabrio will share essentially all its components with the current 3 Series. This includes the interior design and technologies, the powertrain options, and the suspension. Most likely, little tweaks here and there will give the two-door model a sportier feeling behind the wheel.

The new 2021 4 Series Convertible should be out before the year’s end. With the Paris Motor Show basically cancelled, we expect to see it in an online premiere this fall. There are still at least six to seven months until that happens though so BMW’s plans could change.