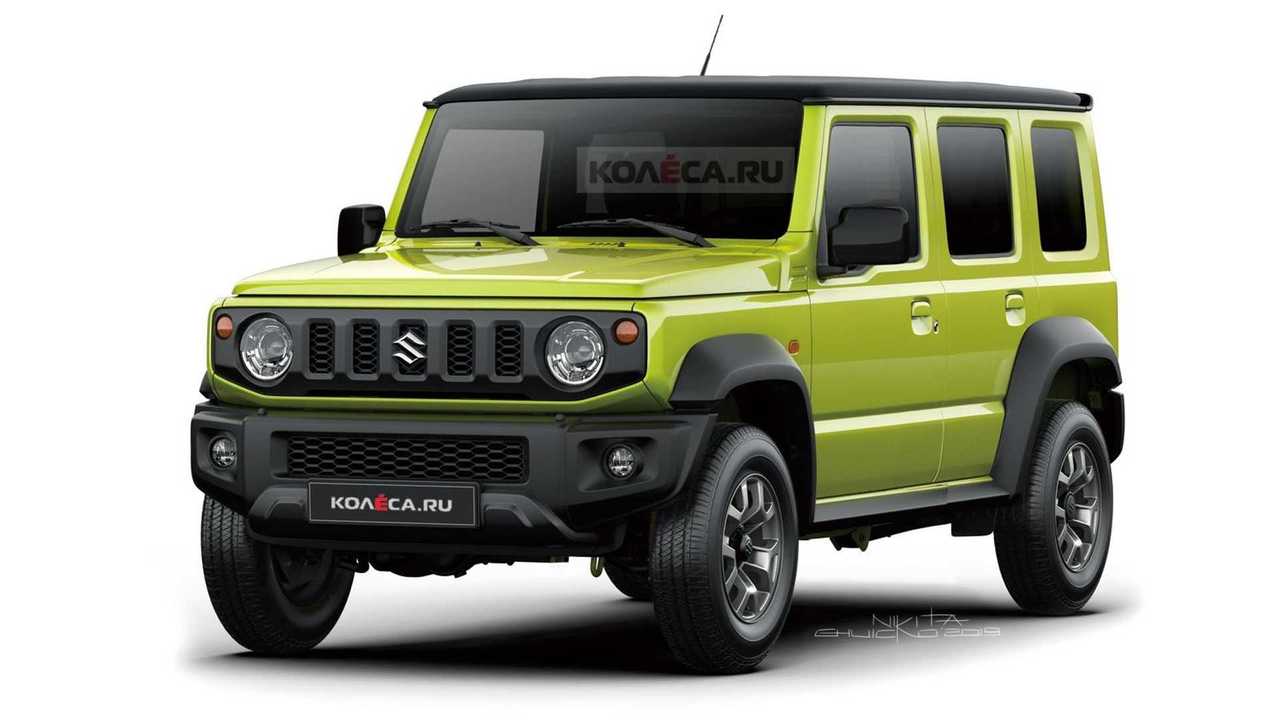 It would ride on a longer wheelbase to create more room in the cabin.

The Suzuki Jimny will reportedly grow into a five-door model (rendering below) for a new variant going to the Indian market, and the automaker would also build it in the country. The company intends to introduce this model to the country first and sell the three-door model there later, Autocar India reports citing an inside source. It's not clear whether Suzuki intends to export the five-door to other countries.

The five-door Jimny would ride on a longer wheelbase than the three-door model to create more room in the cabin and make accessing the second row an easier process. Otherwise, the model would be identical to the existing model. Power could come from a 1.5-litre engine making 105 bhp (78 kilowatts). To provide off-road ability, there's four-wheel drive and transfer case with low-range gears. The five-door Jimny would start at under a million rupees (approx. £10,700 at current exchange rates), according to Autocar India.

Suzuki reportedly plans to remove the existing Jimny from the European market because the model doesn't meet the region's strict emissions rules. Instead, the company would turn the vehicle into a commercial vehicle with no rear seats so that the little SUV doesn't have to adhere to these regulations. The model could return to the consumer market later with a different engine.

Get the jump on the Jimny:

Suzuki Jimny going away in Europe, returning as commercial vehicle
⠀

Suzuki Jimny pickup would be a brilliant little truck

The Jimny is still available in Japan, and in that market, the SUV comes with a 660cc three-cylinder turbocharged engine that makes 63 bhp (47 kilowatts) and 71 pound-feet (96 Newton-metres) of torque. Buyers can select either a five-speed manual or four-speed automatic gearbox.