How car shows help the public get interested in Motorsport 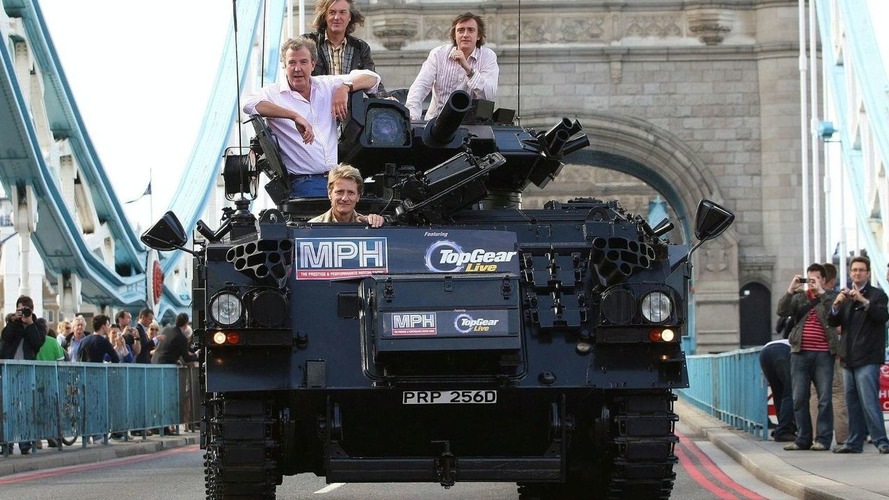 It's a one-way street from car TV to motorsport.

There have been loads of great car-related television shows both in the present and in bygone days that are no longer running. If you’re a motor enthusiast or have perhaps even considered a motorsport career, you’ve probably watched Fifth Gear in the past or may have even attempted to have gone head to head with gear heads back in 2006.

In the present day, the leading car shows tend to be the likes of Top Gear, For the Love of Cars, and Wheeler Dealers. But why are these shows so popular? That’s what we intend to find out.

The moment when Jeremy Clarkson explained his love of the Lancia 037 while comparing it to its main rival, the Audi Quattro, was something of a red-letter moment for this popular BBC TV series. It reminded us of Jeremy Clarkson’s status as being one of the best motoring journalists out there.

The portrayal of Jeremy Clarkson on Top Gear has, indeed, been something of a mixed bag. There have been moments when viewers wouldn’t be blamed for not taking him seriously. He is well known for joking along with his fellow presenters and even comically kicks the wheels of cars, not dissimilar to how Stelios of EasyJet used to kick the tires of his newest plane. However, at his best, Jeremy Clarkson really delivers.

Indeed, it can be argued that fewer remaining events in the show’s history come close to the emotion that was poured into this gripping moment of the show’s history. Jeremy’s talent for storytelling is unquestionable. While he, James May, and Richard Hammond no longer host the show (you can check them out on Amazon in The Grand Tour), Top Gear continues without them and has retained much of its watchability in the transition.

Another memorable moment in the history of the show was when Lewis Hamilton got up close and personal with the Mercedes-AMG One. As well as speaking to the prestigious car’s development team, he even had the chance to give input on the car’s development.

The engine of the car was something Hamilton was particularly proud of, plus the fact he was able to win the 2018 championship with the very same one. The power, drivability, and output of the engine were all influenced in some way by Lewis Hamilton himself. Not to mention the V6 turbo engine and the electronic motors, which help produce the impressive 1,000 horsepower.

Hamilton did express his interest in making the car even better with new and improved features like a louder exhaust and an overall more powerful experience.

Another incredibly popular part of Top Gear is the part of the show where they put celebrities in average, everyday cars.

So far, the celebrity to achieve the fastest time is Daniel Ricciardo, who has been crowned the Top Gear ‘Star in a Reasonably Priced Car’. But, aside from the more average celebrities, there have been some memorable moments that viewers can’t fail to forget. Mainly when famous F1 stars make an appearance and compete one-on-one in cars like Suzuki Lianas.

Celebrities have the chance to complete multiple laps, and their fastest time is recorded. As you’d expect, Lewis Hamilton currently holds the very best time at 1.42.9 seconds, being only clear of Mark Webber by 0.2 seconds and 1.1 seconds clear of Sebastian Vettel.

Other famous celebrities managed to make the top 12. Kimi Raikkonen and Mark Webber are two such drivers that made it onto the prestigious list. Surprisingly, Damon Hill only just made it, with a time of 1.46.3.

Wheeler Dealers is another show worth mentioning. Although not strictly within the motorsport arena, the show definitely helps put DIY vehicle repairs under the public eye and could perhaps trigger further interest in motorsport as a result.

On this popular TV show, the presenters are faced with having to save and repair an old vehicle with a set budget, then attempt to sell it to a new owner. The show has proved so popular that it now has a worldwide audience, including the U.S., UK and Europe.

Edd China is very much the star of the show. During each episode, the cameras head inside his workshop as he shows you how to carry out your own DIY repair at every step. Interestingly, the producers decided to ‘dumb down’ the very part of the show that is believed to spark the most interest amongst budding car enthusiasts. It is for this reason why Edd has quit the show and vowed never to return.

For the Love of Cars

Another show similar to the likes of Wheeler Dealers is ‘For the Love of Cars’. Lasting one hour, it is aimed at showing off the true characteristics of the very best in European and British cars. As well as delving into the engineering of vehicles, the show goes into the social side of various vehicles.

Presented by Philip Glenister and Ant Anstead, a restoration expert and designer, it begins with a discussion of the car about to undergo restoration. The critical difference, however, is the fact that the show emphasizes the history of the car and its role in British culture.

Phil attends owners clubs and events to see how the restoration could potentially progress. It is refreshing to see a motor-themed show focus on the human elements of cars rather than pure mechanics.

Ultimately, the completed and restored vehicle is then auctioned through Coys of Kensington. Just some of the cars completed include British classics like the 1972 Ford Escort, 1950s-era Land Rover Series 1, and the 1976 Triumph Stag.

Wheeler Dealers, Top Gear, or For the Love of Cars: Which Comes Out On Top?

For us, Top Gear is the number one car show on TV. The public seems to agree, with around 350 million people tuning in for each episode. It features only the best presenters and celebrities, the hottest vehicles, and the most cutting-edge footage that even amateur car owners can’t fail to take notice of.