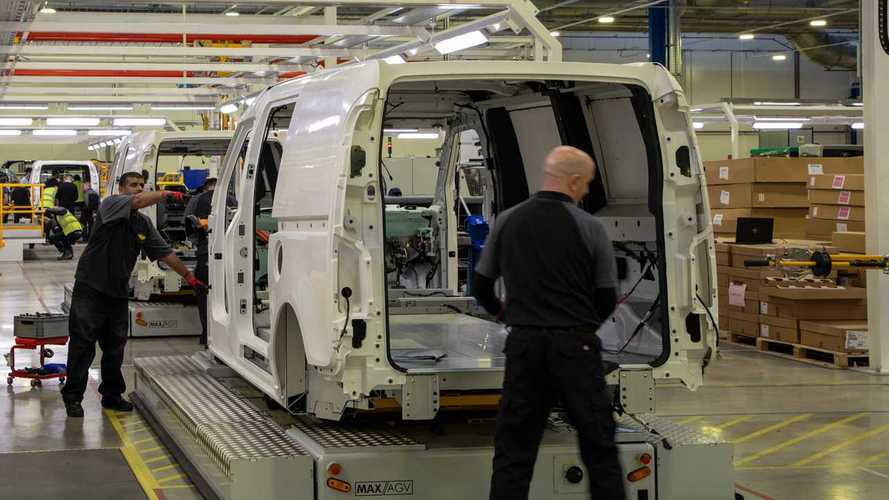 The news comes after a double-digit drop in output in January.

UK commercial vehicle production fell noticeably in February as weak demand from abroad saw exports take a hit. That’s according to official figures published by the Society of Motor Manufacturers and Traders (SMMT), which called on the government to act so vehicles can reach important organisations, such as the NHS, “uninterrupted”.

The SMMT’s data shows the production of commercial vehicles, such as vans and trucks, in February fell by 13.6 percent compared with the same month in 2019. In total, just under 8,000 vehicles rolled of British production lines, whereas last February saw more than 9,200 vehicles leave the factory gates.

That drop came despite strong demand from the domestic market, for which production increased by more than 14 percent. Last February saw 2,862 commercial vehicles built by British factories for British customers, but that rose to almost 3,300 last month.

New plug-in van from LEVC to be named 'VN5'

But that strong performance was offset by a huge reduction in demand from abroad. Where 6,371 vehicles were built for foreign customers in February 2019, that fell to just over 4,700 in 2020 - a drop of more than 26 percent.

However, the SMMT said the decline was partly down to the “bumper” February seen last year, when output rose by more than 50 percent ahead of “key model changes”. The result, the organisation says, “reflects the cyclical nature of this low volume sector”.

Nevertheless, it follows a January in which output fell by almost 11 percent compared with the same month in 2019, and two consecutive months of decline will be a disappointment to the sector. Worse still, the news comes as many factories shut down due to the coronavirus pandemic, which is certain to have a big impact on the industry in 2020.

However, Mike Hawes, the SMMT’s chief executive, said the commercial vehicle sector had an important role to play in the coronavirus effort, and the government should make “additional provisions” for road-approval testing to make sure even more “essential” vehicles can enter service.

“The UK’s commercial vehicle sector is critical to the fight against coronavirus, working night and day to deliver food, medicine and other essential goods and services to support society’s most vulnerable and help prop up the economy,” he said.

“The government’s pledge of emergency finance and other measures to help protect these businesses and workers during the crisis has been widely welcomed but it is now about getting that relief to all companies in the fastest time possible. Meanwhile, additional provisions for official road-approval testing to get even more essential vehicles in service and supporting the national effort must also be implemented urgently.”