How Baku hopes to get back on the F1 2020 calendar 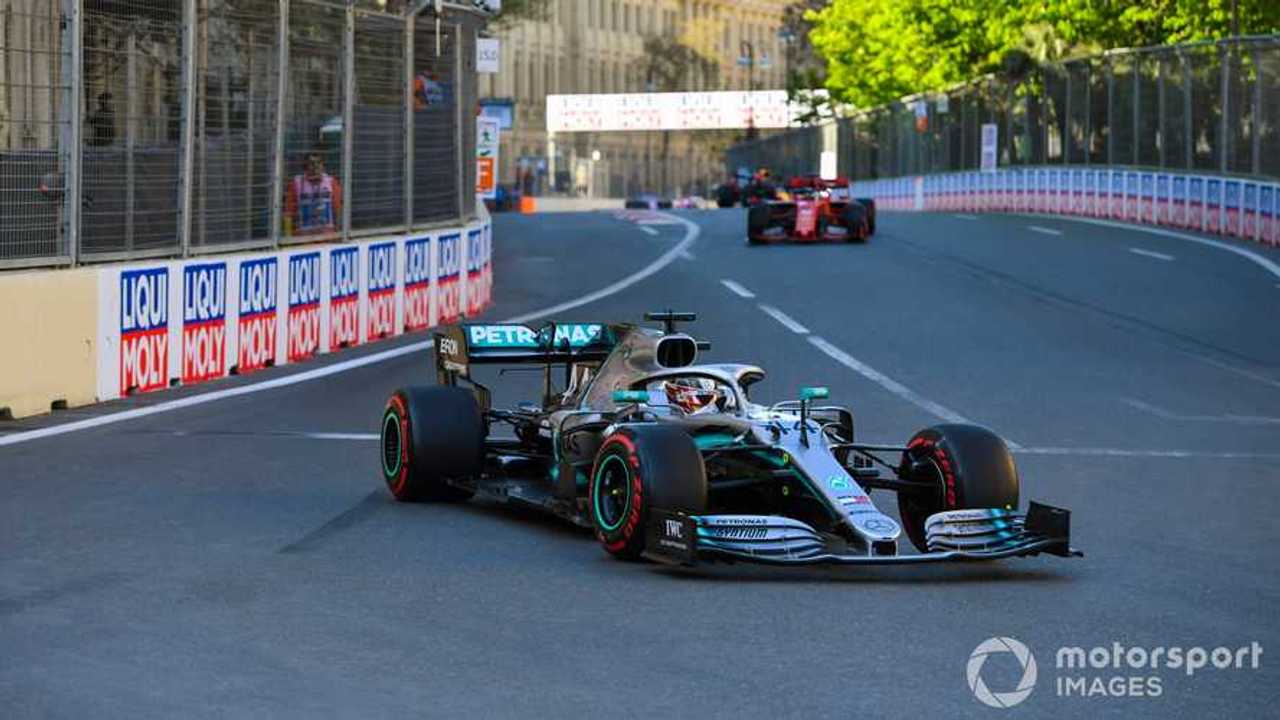 Last week the Azerbaijan GP became the latest 2020 Formula 1 race to be postponed as a result of COVID-19, leaving Canada on the bubble and the next in line for any announcement.

The Baku organisers are now in limbo, awaiting any news on an alternative date – and they are ready to press the button and prepare the venue should it prove to be possible to hold the race within 2020.

Of the eight Grands Prix lost thus far only Monaco has formally declared that it is not seeking a replacement date in 2020. However, Australia is not regarded as a serious candidate, due to the sheer scale of the operation involved readying Albert Park for the second time in a calendar year.

Four of the remaining events on the waiting list are permanent circuits, and two – Hanoi and Baku – are temporary street venues. In both cases they face greater logistical challenges than the established tracks when accepting new dates, due to the time required to build up their facilities.

It was that extended lead time that forced Baku City Circuit’s hand and led to a relatively early call on a postponement, before any physical preparation work had commenced.

“It became a bit clearer after the unfortunate turn of events in Australia,” BCC boss and race promoter Arif Rahimov tells Motorsport.com.

“I guess it was quite devastating for the promoter in Australia, putting up all the work and effort and spending all that time and money to get ready for the event, only for it to be cancelled at the last minute.

“That’s a situation that I would never want to put my own team into, and I really felt sorry for what they had to go through. After that it became clearer, the direction that things were going, and then we saw more cancellations of global events worldwide, including Euro 2020, and now the Olympic Games. There was pressure from all the different sides.”

Setting up a street circuit is a huge operation, and Rahimov knew that a definitive call had to be made before any work started and bills had to be paid.

“It takes from two to three months just to get the circuit ready. I’m not even talking about all the commercial aspects, the spectator entertainment aspects, that are more artist related. These things we can’t do at the last minute.

“In our first masterplan we were planning to start setting up the circuit by March 15th, so with the turn of events we decided to postpone it one week, and in that week there was a lot of back and forth between ourselves and F1 and the government of Azerbaijan trying to figure out what was going to happen. We went through all the different scenarios and then we decided to stop.”

While the event is government-backed and a key annual promotional tool for both the country and the city, the politicians had other priorities – even if there was still a chance that it could take place in June 7th, it obviously wasn’t the right time to be promoting it.

“We had to make a decision, with all the government advice, which actually switched from advice to decrees by the cabinet ministers to introduce the preventative actions that would not allow us to host a race. That was the final dot above the ‘i’ to make sure that we need to postpone the race until further notice.”

On the positive side by not starting on the circuit build-up, Baku avoided the situation that Albert Park was in, with a ton of money spent and nothing to show for it.

“Indeed, yes. We had made some orders, but these are things that we can use next year or at a later stage if the race is coming up later.

“But all the expenses that we would have incurred that would have been just a waste, they haven’t happened. So we haven’t incurred any direct financial loss as of now.”

Baku has joined the other postponed races in waiting for news on an alternative date. Rahimov says there’s some flexibility.

“We’ve already had the race in April and June. The critical thing in Azerbaijan particularly is the schools, if it’s the school season. That’s what influences the race date the most. However, we’ve had races in April when there’s still school, so we’ve seen both cases.

“It would probably be a bit tougher to have a race just at the beginning of the school season, which is September 15th. However, I think there are a lot more complications involved in setting up the calendar, so we’re trying to provide as much flexibility as we can.”

However, that doesn’t extend to running the race in the winter months.

“The main concern is to make sure that given we have the clarity quite soon, that we are given two and half or three months’ notice, that’s really important.

“And the second part is that it’s in the warm season when people don’t have to freeze outside, or we will have empty grandstands, which we really don’t want. So we would want the race before the middle of October.

“That COVID-19 will go away is something that no one can predict, but the other two depend on it clearing up early in the summer.”

Rahimov insists that he’s not yet been given a heads-up on possible alternatives: “We cannot have the new date until things clear up, we can’t just speculate on a new date.

“That’s quite logical, and it wasn’t a debate, it was something that we put on the table and everyone agreed with it. It’s not just us, I think they agreed with all the other promoters whose races have been postponed, we’re not going to speculate about the date, we can only set the date when the situation with COVID-19 is clear.

“There is very unfortunately no way to know about it. I hope that it’s going to clear up by the summer. It’s a matter of when it will clear up, if we can see the downturn in early June that’s one thing, but if it stays with us until the end of August, it’s definitely going to be a no-go for our race. We cannot postpone it as late as November.”

Azerbaijan is known to pay the Formula 1 organisation one of the highest hosting fees of any event, and as with all races, the funds are transferred well in advance.

In theory what happens to that cash in the event of a complete cancellation depends on who made the final call. However, it’s now understood that in the exceptional current circumstances venues will not be expected to forfeit their fee for a race that doesn’t happen.

“I think it will be a major revenue loss for F1, unfortunately,” says Rahimov. “But it is force majeure, it’s something that’s outside our control. And it’s not just local, it’s a global force majeure.

“These sorts of situations are accounted for in the force majeure clause of the contract. Our government certainly will not lose money if the race doesn’t happen. The fact that the race won’t be hosted will be beyond our control.

“It’s not just a promoter decision to stop the race, we had several decrees from cabinet ministers to stop all gatherings. We’re in a quarantine regime, similar to most of western Europe.

“It’s illegal for us to even promote the race right now, so we’re in a situation where we’re prohibited to make any actions to host the race, which would have happened in two months, so it’s literally beyond our control.”

What will happen to the cash that’s already been paid?

“If the race isn’t happening one option would be to ask for the money to be returned to our accounts, but another would be to postpone it to next year, and then we wouldn’t have to pay for next year. There’s a bunch of things we can do.”

For any races that are lost completely in 2020 there’s also a potential legal complication to overcome – does the lost race count as part of an ongoing contract, or will it roll over and an extra year be added to the term?

For the moment Rahimov remains committed to hosting the race within 2020, although he concedes that it may have to be a scaled down event, with fewer sideshows for fans such as live concerts. Even allowing for that, it’s not going to be easy to host the race on a new date.

“It is extremely complicated, but I think there are more complicated things happening in the world right now. This is one of the side effect of the pandemic. But given that the whole world is in this situation, I think the expectation for the race will be a little bit lower.

“People will understand if we skip one or two bits. We’ll still provide the entertainment for the TV audience, but obviously all the entertainment on the ground for the spectators at the race will probably be on a slightly reduced scale, it will just be a matter of what we can do at this time, and what we cannot.”