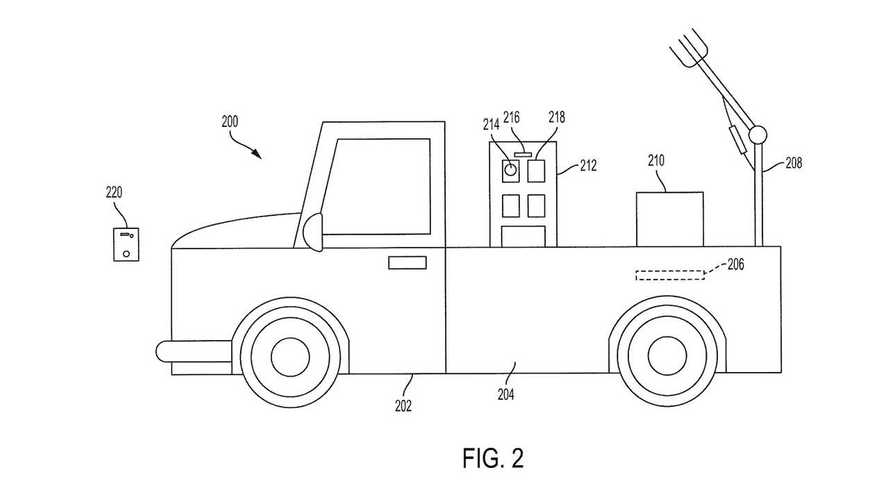 Are these the droids you're looking for?

Looks like Toyota has been exploring new ways of mobility. No, not for people, but for store-bought goods and supplies. A patent filed by the Japanese automobile manufacturer focuses on what it calls a "Home Improvement Store Autonomous Workhorse", and you can read all about it in this complete document here.

Now the applications seem to cut across a lot of industries, but the general idea is that an autonomous vehicle can be availed of at a home improvement store you're shopping at. Let's say you've already filled the trunk of your SUV to the brim, but forgot to grab that extra set of PVC pipes for your home gardening project. No worries, just request the autonomous workhorse to store those and have it follow you home, unload it for you, then automatically head back to the store.

There's also the idea of the autonomous vehicle being like a huge, self-following shopping cart. Just have it follow you around each aisle, and you choose items you want to purchase. The autonomous vehicle then loads it onto its storage unit and can also act as a mobile transaction terminal so you can pay for your items right then and there.

Pretty neat, and in times like the present, having the convenience of keeping your hands to yourself and having items remotely brought back home instead seems like a worthwhile idea to pursue. Toyota says that the autonomous vehicle can be powered by a myriad of sources; batteries, fuel cells, and regular fuel. The AV will also not be limited to the wheeled variety – the main body definition is broad enough to cover things like a boat and aircraft, so living on a secluded island won't be a problem.

Car and Driver, the ones who stumbled upon this interesting piece of Toyota news, also asked the company for comment but got nothing in return yet. Of course, there's an extremely huge chance that this thing will never see the light of day, but it is pretty cool to look forward to the day that we have our own robotic pack mules.