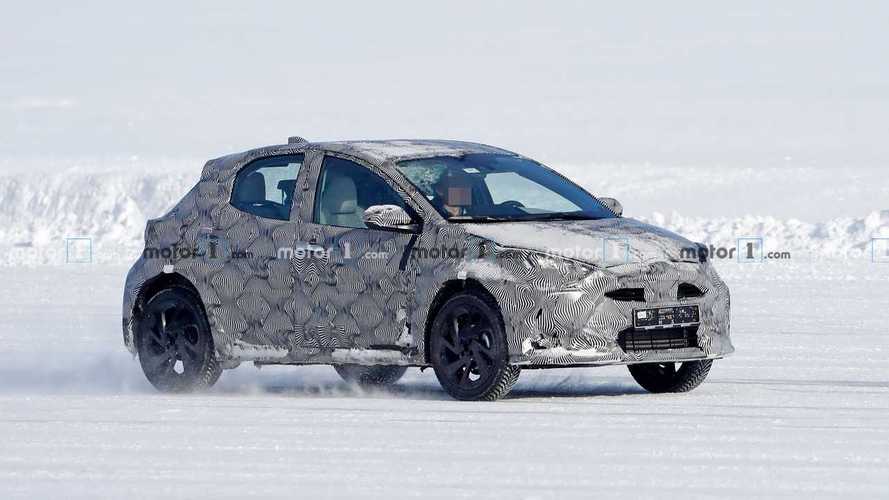 Don't worry, the final version will have an entirely different body.

Toyota’s new small crossover was one of the many victims of the cancelled Geneva Motor Show as the Yaris-based model was supposed to premiere at the beginning of the month in Switzerland. While most of the cars originally scheduled to debut at GIMS have been revealed, this one hasn’t.

As a matter of fact, we might have to wait a few weeks or even months as Automotive News is reporting the company has made the decision to postpone the vehicle’s launch due to the unfortunate circumstances caused by the coronavirus.

Meanwhile, our spy photographers currently based near the Arctic Circle have spotted a couple of quirky-looking Yaris hatchbacks with a raised suspension. A closer inspection reveals one of them has the body and lights borrowed from the previous generation of the supermini while the other – riding on black wheels – seems to have more in common with the new Yaris.

These spy shots are only good for showing Toyota is not quite done testing the Yaris-based crossover since the actual vehicle will look entirely different. A teaser image published mid-February gave us a glimpse of the model’s rear end design, while a design sketch hinted at the side profile. Compared to the company’s other small crossover, the C-HR, we’re expecting the new arrival to have a more conventional design, which would be a smart move since not all people are fans of the C-HR’s funky styling.

Riding on the same TNGA-B platform as the new Yaris, the yet-unnamed crossover will be available with a 1.5-litre petrol-electric hybrid powertrain and all-wheel drive. Toyota has promised it will be more than just a crossover version of the supermini hatchback as the new high-riding vehicle is going to be “an entirely new and distinctive B-SUV model” with a “compact, dynamic design and a personality of its own.”

Following this year's reveal, the new Toyota small crossover will go on sale in Europe in March 2021.