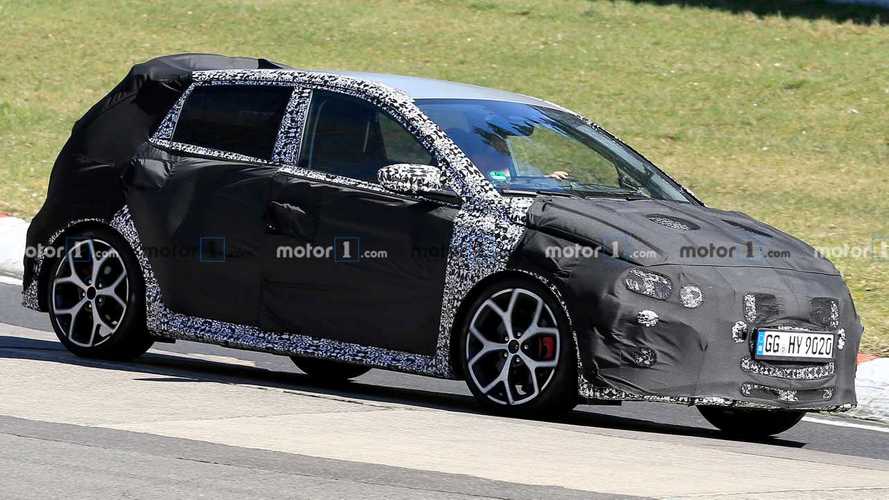 The i30 N gets a little brother.

The Hyundai i20 N hot hatch laps the Nürburgring in these spy shots that capture the model's development. This one is under heavy camouflage and body cladding that conceals the styling details, but it's still possible to see some of what makes the model special.

The engineers cover the whole car, but we can see big wheels with five sets of Y-shaped spokes. Although, an earlier teaser shows the i20 N riding on turbine-style wheels, so this design might be available, too. Red brake calipers are visible. From the concealment at the rear, there seems to be a spoiler on the roof. A dual-exit exhaust pokes out from underneath the bumper.

At least in spirit, the i20 N would have a tie to the model competing in the World Rally Championship. However, don't expect Hyundai to offer a hot hatch that's quite as steamy as the Toyota GR Yaris. Look for this model to use a turbocharged 1.6-litre four-cylinder, and a version of this mill makes 201 bhp (150 kilowatts) and 195 pound-feet (265 Newton-metres) of torque in the Kia Ceed GT. The mill allegedly hooks up to a manual gearbox in the i20 N, and a limited-slip differential would possibly help with traction. Adaptive dampers would let drivers tune the ride to their preference.

The i20 N should debut in the second half of this year.