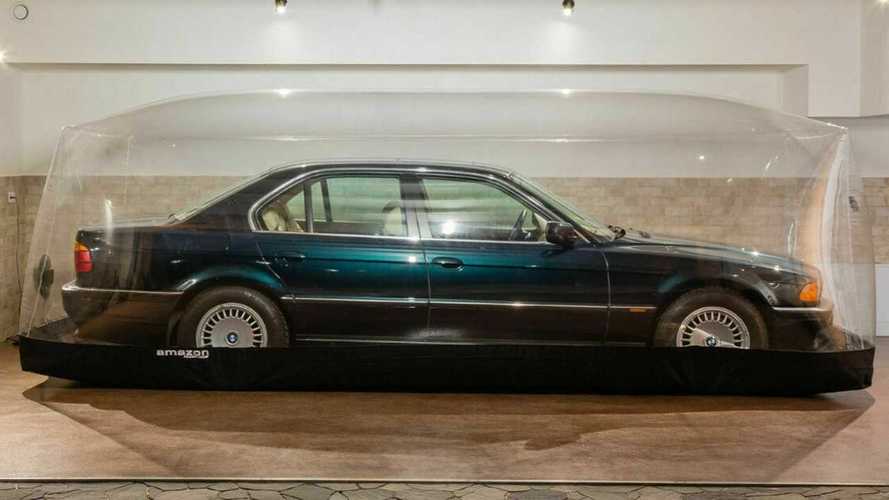 We’ve seen all kinds of car enthusiasts emotionally attached to their vehicles. But we’ve never seen anything like this BMW 740i (E38) produced in 1997 - despite being older than most of the cars you see on the road today, it’s in practically new condition. And that’s thanks to "an air capsule with mechanical air circulation."

That’s what the current owner of the car explains on an online ad published on eBay Germany. He also claims the car was initially owned by a woman born in 1927 but that was for a very brief period. Eventually, the car was transported to its current location, Gogolin Slaski in Poland, currently showing just 158 miles (255 kilometres) on the odometer.

Being a 740i means there’s a silk-smooth 4.4-litre V8 under the bonnet, which produces 282 bhp (210 kilowatts) and 310 pound-feet (450 Newton-metres) of torque - not hugely impressive numbers by today’s standards but still respectable. The V8 is mated to a five-speed automatic gearbox, which sends the power to the rear wheels.

The photos of the car indeed reveal its brand new condition. The seller says the luxury saloon from the 1990s hasn’t been restored and that it’s still in its original form.

It all sounds almost too good to be true, right? That’s because there’s a huge catch - the car is currently located in Poland and the seller is willing to ship it just within the boundaries of the European continent. No shipping to North America and Japan is available.