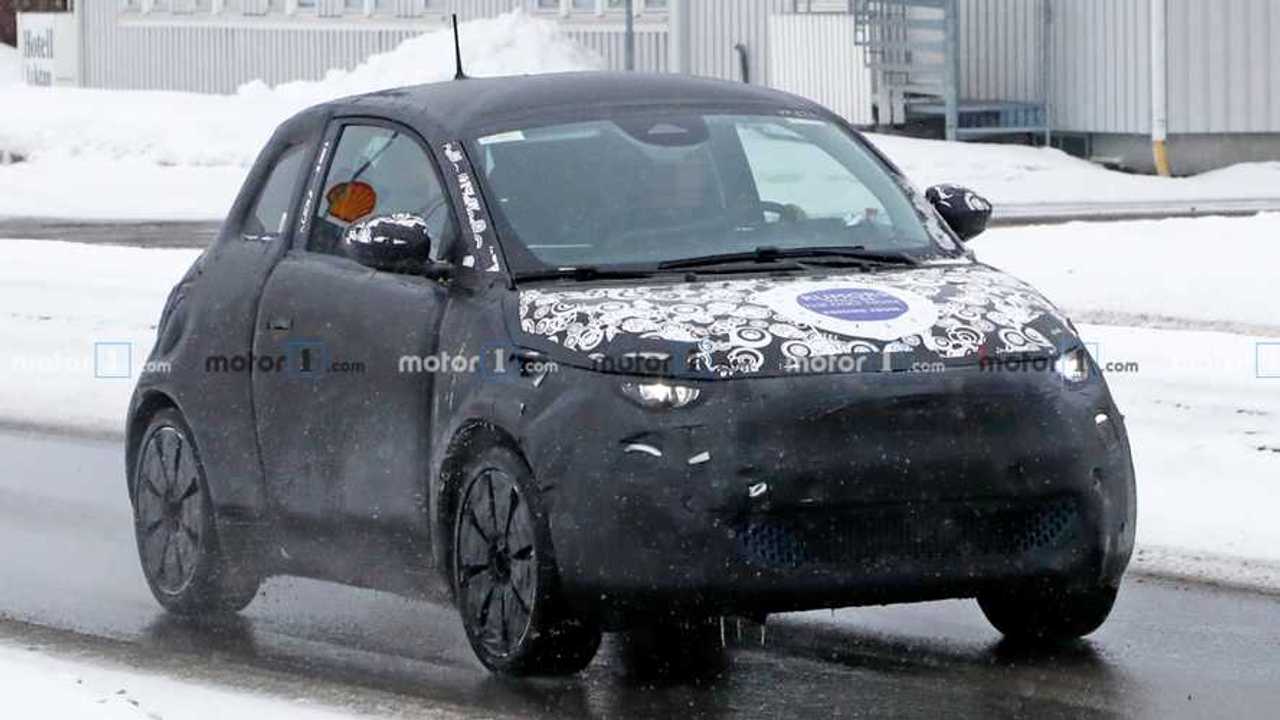 Will it be more affordable than the convertible?

Despite the critical situation in Italy surrounding the coronavirus outbreak, Fiat revealed the new 500e earlier this month. It’s a cute-looking, all-electric city car built from the ground up on an entirely new platform. Initially, it’ll be available as a special launch edition model, of which just 500 will be made priced at €37,500.

All these units feature a foldable roof design but new spy photos confirm the Italian company is also working on a more traditional hardtop version of the car.

Photographed testing on public roads in full-body attire, the 500e hatchback looks virtually the same as the already revealed 500e with the only difference, obviously, being the new roof design. Gone is the foldable roof mechanism and in place is a fixed roof with a stylish small spoiler at the back. We expect the rest of the car to be virtually identical, including the funky LED headlights and the grille-less front fascia.

It’s going to be the same story underneath the skin where the 500e hatch will share its powertrain with the 500e convertible. This means power will be provided by a single electric motor generating the equivalent of 118 bhp (88 kilowatts). A 42-kWh battery pack provides a range of 199 miles (320 kilometres) at a single charge per the Euro-spec WLTP standards. The good news is the 500e can reclaim 80 percent of its range in 35 minutes using an 85-kW charger.

Fiat 500 with combustion engines sticking around despite next-gen EV

It’ll be very interesting to see whether the new hardtop 500e will be more affordable than the soft-top variant. Such a move would make sense given the price of the complex foldable mechanism of the convertible variant. If that’s indeed the logic, expect a price of around €30,000 - €35,000 depending on the equipment, or £27,850 to £32,500 at the current exchange rates.