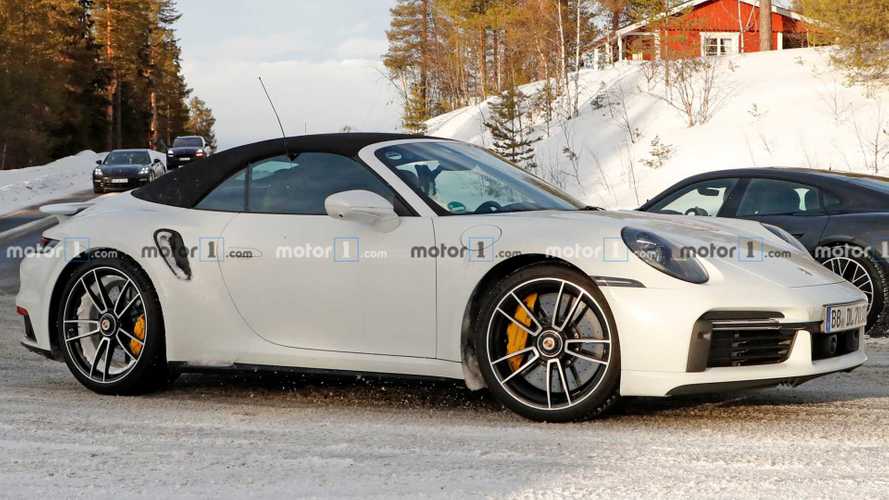 The 911 Turbo gets some last-minute cold-weather development.

While we already know a lot about the new 911 Turbo S coupe and convertible, deliveries of the models don't begin until late in the year. If you can't hold back your excitement for the latest generation, then check out these photos of the engineers evaluating a white Turbo S convertible in the snow.

The driver of this 911 Turbo S has apparently been having a very good time because in some of the shots snow is clogging the quarter panel vents and rear wheels. It's possible the company is tweaking the settings for the Wet Mode that senses water on the road and preconditions the stability control and anti-lock brakes. This tech is already on the 911 Carrera, but the Turbo's different powertrain probably necessitates alterations to the system.

Porsche outfits the new Turbo S with tech like active aerodynamic elements at the front and rear. Inside, there's a slightly different cabin than the Carrera, including standard Sport Seats Plus with 18-way adjustability. Of course, there are tons of options to add amenities to the vehicle, too.